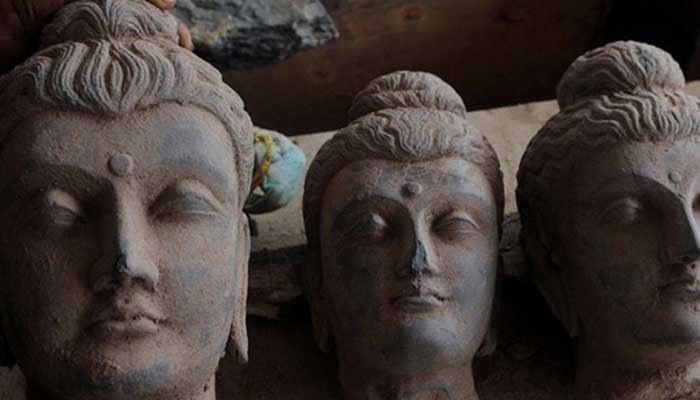 Kapoor was convicted in India last week of stealing ancient religious idols and trafficking them to his art gallery in Manhattan. He was sentenced to 13 years in prison.

Kapoor, also wanted by American authorities, was the subject of a massive US federal investigation known as Operation Hidden Idol.

The Manhattan District Attorney’s office indicted him in 2020 and have requested his extradition from India.

Some 187 of the artifacts were seized in relation to the investigation of Kapoor, Bragg added.

The returned items include a Gandhara statue depicting Maitreya, the enlightened Buddha, and Mehrgarh figures dating to around 3500-2600 BC that were looted from a Neolithic archaeological site in Pakistan.

Kapoor sold the smuggled items at his Madison Avenue-based gallery Art of the Past.

Bragg’s office says that since 2011 it has recovered more than 2,500 artifacts worth at least $143 million that were trafficked by Kapoor and his associates.

In March, Australia returned to India 13 works connected with Kapoor.