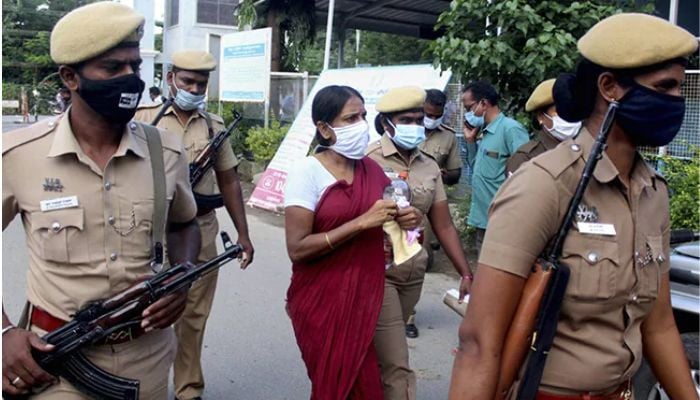 In May, a seventh convict, Perarivalan, was freed after the Supreme Court used its extraordinary powers. Months later, the same order has been applied to the other six convicts named Nalini, Sriharan, Santhan, Murugan, Robert Payas, and RP Ravichandran.

Indian media reported that the court said that the Tamil Nadu government had requested the release of the convicts in 2018.

At the time, the government recommended to the governor that the seven criminals involved in the 1991 assassination of former Prime Minister Rajiv Gandhi be freed.

Many in Tamil Nadu believe that the seven people imprisoned had a minor role to play in the killing and were tricked into participating in a plot they did not know much about, reported NDTV.

Every government in the state is attached to the killers’ case. “Whether led by the AIADMK or DMK”, many have campaigned for the freedom of the seven convicts.

Rajiv Gandhi was killed on May 21, 1991, at Sriperumbudur in Tamil Nadu. He was assassinated by a female suicide bomber who belonged to the Liberation Tigers of Tamil Eelam (LTTE) group from Sri Lanka.

After the seven convicts were found associated with the targeted killing, they were sentenced to death.

In 2000, Sonia Gandhi, who is Rajiv Gandhi’s wife and former Congress president, intervened in the case and Nalini’s sentence was changed to life imprisonment. Later in 2014, the other six convicts underwent the same change.

In 2014, then Tamil Nadu Chief Minister J Jayalalitha began campaigns and movements to free them.

“The Congress Party criticises it clearly and finds it wholly untenable. It is most unfortunate that the Supreme Court has not acted in consonance with the spirit of India on this issue,” he added.

On the contrary, Nalini’s brother said that convicts had spent enough time in jail. “They were released on humanitarian grounds. Those who oppose their release should respect the laws of India,” NDTV quoted him as saying.