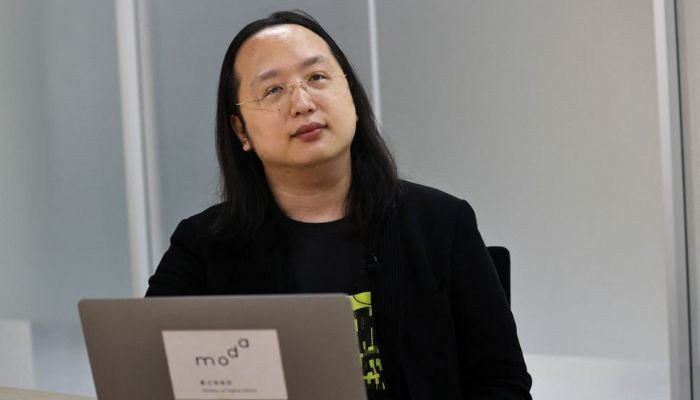 TAIPEI: Taiwan is looking at Ukraine’s ways of communicating its message to the outside world at a time of conflict, by making use of tools such as satellites and deploying humour, the digital minister said on Wednesday.

China’s war games and blockade drills around Taiwan last month, following a visit to Taipei by US House Speaker Nancy Pelosi, have heightened concerns on the island about the prospect of an attack by its giant neighbour.

“We look at the experience of Russia’s invasion of Ukraine in February. We found that the whole world can know what is happening there in real time,” Audrey Tang, head of Taiwan’s new digital affairs ministry, told Reuters.

Ukraine had effectively conveyed its message to the world, said Tang, adding that keeping up high-quality communication in real time was critical to its effort.

“It’s not only for our own people but also for the people who care about us all over the world so that we can enlist the assistance of international friends.”

China views democratically-governed Taiwan as its own territory and has never renounced the use of force to bring it under Beijing’s control. Taiwan’s government strongly rejects China’s sovereignty claims.

Among Tang’s plans to preserve communications if China attacks are a satellite trial programme worth T$550 million ($18 million) over the next two years to ensure internet services across Taiwan.

The goal, she said, was to maintain social stability and keep Taiwan’s command systems running by “instantly” switching to alternative forms of communication, such as satellites in a middle and lower orbit.

Several Taiwan companies are in talks with international satellite service

providers, seeking partnerships after such service is legalised in Taiwan, she added but gave no details.

Tang helped craft Taiwan’s public messaging for the COVID-19 pandemic, using memes and humour to fight disinformation, much of which the government accused China of spreading, although Beijing denied it.

“We say very publicly that our playbook is ‘humour over rumour,'” she said.

“As we have seen with the Ukrainian example there are also people who use ideas of even comedy, but certainly Internet memes, to spread a message that rallies the people.”

A prolific Twitter user with more than 250,000 followers, Tang said she was not bothered by online attacks, which can include accusations that she is a separatist.

Chinese state media make heavy use of Twitter and other Western social media platforms, even though they are banned in China.

Asked about China using social media in its messaging campaign against Taiwan in case of a war, Tang said that was already happening.

“From my point of view, it’s my daily life. Already, the kind of propaganda as you call it, the kind of narratives going on on Twitter, that’s already what we face daily.”