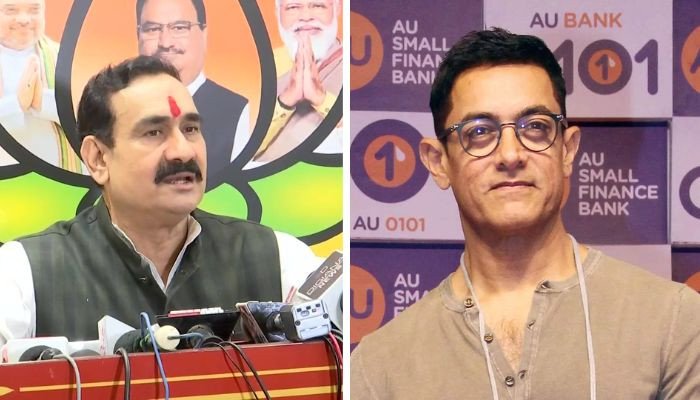 The ad was for a bank where Khan and a co-actress Kiara Advani act as a Hindu couple getting married and performing Hindu wedding rituals.

The Hindu right-wingers have found the ad offensive and believe that it attacked Hindu culture.

The ad shows Khan stepping into his bride’s home after marriage whereas originally the Hindu tradition requires a bride to enter her groom’s house.

Some have appreciated the ad saying that it subverts gender norms.

Another said that the ad was about “treating our daughters with respect, love” and some called it “progressive”.

However, others pointed out Khan’s hypocrisy saying that he should also change his own religion’s norms and rituals.

Mishra told the reporters that he received a complaint about the ad, requesting the Bollywood celebrity to keep the Indian traditions in mind and not do such ads.