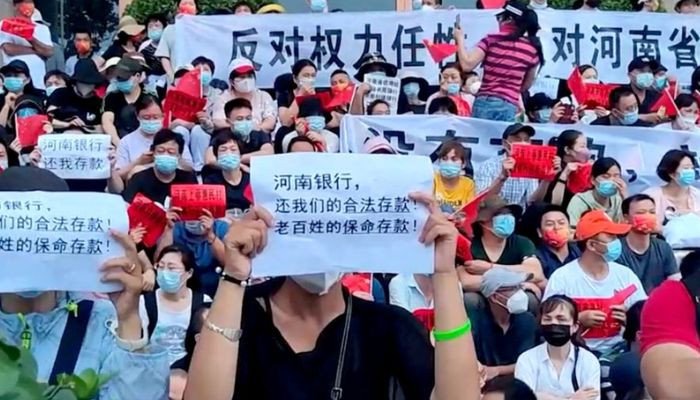 BEIJING: China’s ultra-strict COVID-19 curbs are taking a toll on businesses and jobseekers as Beijing stresses again and again the need to maintain its zero-tolerance approach to the virus, to save lives, if not livelihoods.

Since 2020, China has reported 5,226 COVID fatalities among its population of 1.4 billion. In contrast, over 1 million people have died of the disease in the United States.

Keeping a lid on China’s COVID death toll has come at a cost to its economy.

People have taken to the streets to protest the policies. “Nerves are high,” reports CNN, with Chinese people asking for freedom and are saying “no to lockdowns”.

Beijinger Cai Xu, 36, has shut four of his five bars in Beijing and Chengdu in three years. The business was disrupted at first by temporary closures to comply with COVID policies. Now, hardly a customer walks through the door.

“Since the epidemic, I’ve become anxious, flustered and lost, and then the bars started to close down one by one,” said Cai, who in 2016 gave up his job as an architect at a state-owned enterprise to open his first establishment.

To offset the drop in walk-in customers, Cai has started live streaming music performances at his bar to people quarantined at home, in what has been a surprise hit. For now, that will do, while Cai finds other ways to keep his remaining bar in Beijing afloat.

In January-March, China’s economy barely grew as authorities battled with the highly transmissible Omicron variant. In April, the urban jobless rate hit 6.1%, its highest since February 2020. In July, unemployment among those aged between 16 and 24 reached a record 19.9%.

Since July, Zheng Mili, 30, has sent hundreds of job applications and done dozens of interviews in Beijing. But the more promising positions are offering just half of what she used to earn.

“One company called me up for an interview, and before I went, told me they had received thousands of applications in one day,” she told Reuters.

“The job market is so very tough now.”