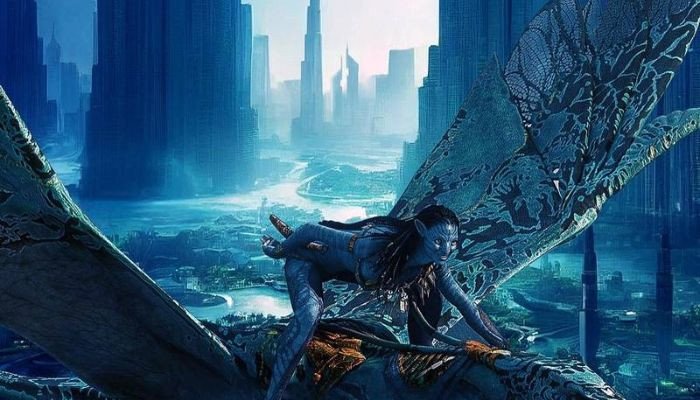 In March, he launched a series of artwork that showed Dubai full of snow and even lush greenery. With his creative work, he made it to the news and is now gaining a reputation as an artist who can take UAE landmarks to wonderful places.

Before the release of the sequel of the 2009 movie Avatar, which was awarded the film of the decade, Mulloor has again reimagined landmarks. This time, he has taken them to the alien world of Pandora, the moon where the movie was set.

Mulloor has now reconceptualised popular sites like Burj Khalifa, the Dubai Frame, and the Museum of the Future in the universe of Pandora.

In the film by James Cameron, still today one of the highest-grossing in history, Pandora is a fictional moon that is rich with minerals. It is a beautiful place full of scenery.

The Dubai photographer has combined the two places.

Mulloor is from India and watched the film when he was just a teenager. “I remember being mesmerised by it at the cinema.”

He told The National that he found “each scene breathtaking”.

Mulloor said that he created this art for Avatar fans.

“This is my tribute to the master as a huge fan from Dubai,” he added, referring to Cameron.