Cheetahs to arrive in India for Modi’s birthday 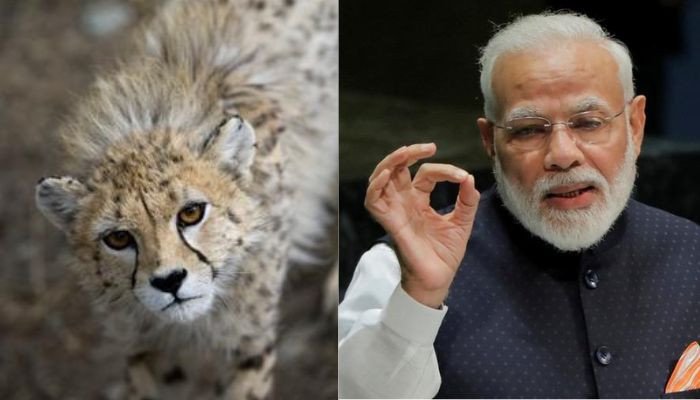 NEW DELHI: Eight cheetahs will be sent to India where they will be personally welcomed by Prime Minister Narendra Modi on his birthday, officials said Tuesday, in an ambitious project to reintroduce the speedy big cats to the country.

India in the past was home to Asiatic cheetahs but the species was declared extinct domestically by 1952. A prince is believed to have killed the last three specimens.

However, New Delhi has since 2020 been working to reintroduce the animals after the Supreme Court announced that African cheetahs, a different subspecies, could be settled in a “carefully chosen location” on an experimental basis.

The five males and three females will arrive from Namibia on Saturday and will initially be kept in a quarantine enclosure at the Kuno National Park in the central state of Madhya Pradesh.

India is also planning to ship in more cheetahs from South Africa at a later date.

“The prime minister himself will be releasing the animals into the quarantine enclosures,” an environment ministry official told AFP.

The cats will then be moved to larger spaces and once they acclimatise will be released into the open forest in the park.

Local media reports said the cheetahs will touch down in the western city of Jaipur after a 10-hour journey and will then travel by helicopter to the Kuno park.

Environment Minister Bhupender Yadav said the project was part of global efforts to conserve the animal.

Modi’s presence for the launch “will give enthusiasm and energy to all of us,” he added.

The Kuno park was selected as a home because of its abundant prey and grasslands.

But critics have warned that the cheetahs may struggle to adapt to the habitat and may clash with the significant number of leopards already present.

Adrian Tordiffe, a veterinary wildlife professor at the University of Pretoria who is involved in the project, said South Africa had pressed India to use additional parks to help separate the two species.

“I don’t think it’s going to be a big problem for the adults… they are very familiar with coexisting with other predators,” Tordiffe told AFP.

“But we might have a situation where we have a problem with cubs’ survival.”

Cheetahs became extinct in India primarily because of habitat loss and hunting for their distinctive spotted pelts.

An Indian prince, the Maharaja Ramanuj Pratap Singh Deo, is widely believed to have killed the last three recorded cheetahs in India in the late 1940s.

The incoming animals have been prepped for the journey with health check-ups, vaccinations and radio-collaring, the Indian Express newspaper reported.

Considered vulnerable under the IUCN Red List of Threatened Species, there are fewer than 7,000 cheetahs left around the world — primarily in the African savannas.