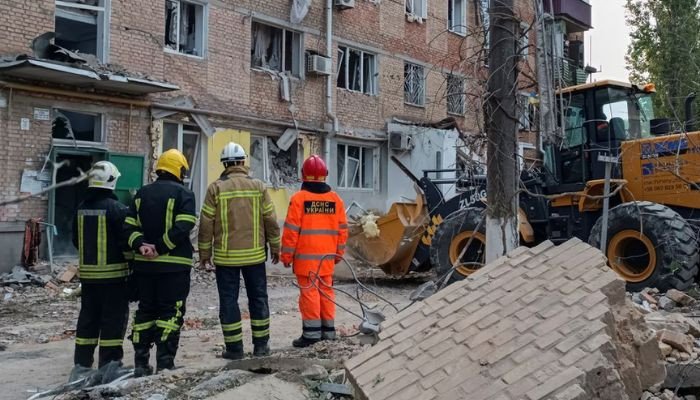 The new pledges prompted Moscow to renew warnings that Western states’ help made them “a direct party to the conflict” and that admitting Ukraine to Western military alliance NATO could trigger World War Three.

“Kyiv is well aware that such a step would mean a guaranteed escalation to a World War Three,” deputy secretary of Russia’s Security Council, Alexander Venediktov, told the state TASS news agency on Thursday as the United States vowed to defend “every inch” of allied territory.

Moscow has repeatedly justified the Feb. 24 invasion that has killed tens of thousands of people, in what it calls a “special operation”, by saying Ukraine’s ambitions to join the alliance posed a threat to Russia’s security.

NATO is not likely to quickly allow Ukraine to join, not least because its membership during an ongoing war would put the United States and allies into direct conflict with Russia.

Even before the war, NATO had dragged its feet on Ukrainian membership. Shortly after Russia’s invasion in February, Ukrainian President Volodymyr Zelenskiy signalled he was willing to consider neutrality.

But hours after Russian President Vladimir Putin proclaimed partially occupied regions of Donetsk, Luhansk, Kherson and Zaporizhzhia as Russian land on Sept. 30, Zelenskiy made a fast-track bid to join.

“It is known that a number of civilian objects were hit,” regional governor Vitaly Kim said in a social media post.

He said the top two floors of a five-story residential building were completely destroyed and the rest were under rubble.

Governor of the Kyiv region, Oleksiy Kuleba, said that based on preliminary information the strikes were caused by Iranian-made loitering munitions, often known as “kamikaze drones”.

Ukraine has reported a spate of Russian attacks with the Shahed-136 drones in recent weeks. Iran denies supplying the drones to Russia, while the Kremlin has not commented.

Missiles struck about 30 multi-storey buildings and houses, gas pipelines and power lines in the city of Nikopol in the Dnipropetrovsk region, leaving more than 2,000 families without electricity, regional governor Dnipropetrovsk Governor Valentyn Reznichenko wrote on Telegram.

Reuters was not able to immediately verify the reports.

As his forces suffered several setbacks since September, Putin has ordered the call-up of hundreds of thousands of reservists, proclaimed the annexation of occupied Ukrainian territory and repeatedly threatened to use nuclear weapons to protect Russia, including regions annexed last month.

A senior NATO official said on Wednesday a Russian nuclear strike would almost certainly trigger a “physical response” from Ukraine’s allies and potentially NATO and on Thursday the United States reaffirmed its commitment to its allies’ defence.

“We are committed to defending every inch of NATO’s territory – if and when it comes to that,” US Defense Secretary Lloyd Austin said in Brussels ahead of a meeting of defence ministers from the alliance, including close-door talks by its nuclear planning group.

Only Syria, Nicaragua, North Korea and Belarus joined Russia in voting against the resolution, while 35, including Moscow’s strategic partner China, abstained, and the rest did not vote.

In Brussels, more than 50 Western countries met on Wednesday to pledge more military aid to Ukraine, especially air defence weapons, after heavy retaliatory strikes this week ordered by Putin in response to an explosion on a bridge in Crimea.

Among the pledges were promises of air defence system deliveries from France and Britain, and Canada’s commitment to providing artillery rounds among other supplies.

At the meeting, Austin said Russia’s latest attacks laid bare its “malice and cruelty.” At least 26 people have been killed since Monday in Russian missile attacks across Ukraine.

Ukraine had shifted momentum since September with extraordinary gains, but would need more help, he said.

“The more assistance Ukraine gets now, the sooner we’ll come to an end to the Russian war,” Zelenskiy said by video to a forum during International Monetary Fund and World Bank annual meetings in Washington.