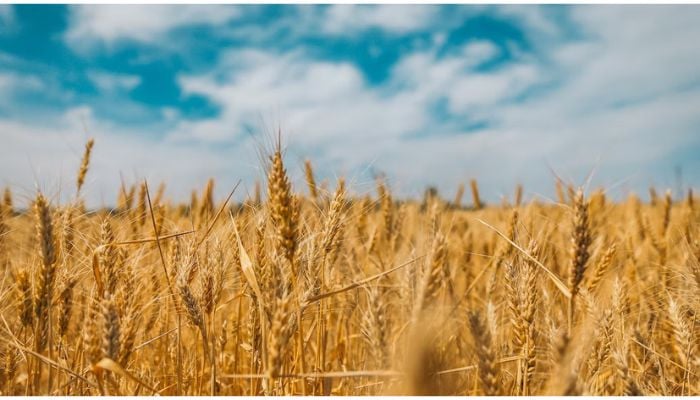 Russia pulled out of a key United Nations-brokered grain deal, provoking international outrage and dealing a blow to attempts to ease a global food crisis triggered by Moscow’s invasion of Ukraine.

On Saturday Moscow said it was suspending participation in the Black Sea deal, which has sought to avert famine and tame inflation, in response to what it called a major Ukrainian drone attack on its fleet. In a conflict that began in February, Russia calls its actions in Ukraine “a special operation”.

The suspension of July’s Black Sea Grain Initiative will cut shipments from Ukraine, one of the world’s biggest grain exporters, from its crucial Black Sea ports.

US President Joe Biden called the move “purely outrageous”, saying it would increase starvation, while his top diplomat accused Russia of weaponising food.

“Any act by Russia to disrupt these critical grain exports is essentially a statement that people and families around the world should pay more for food or go hungry,” Secretary of State Antony Blinken said in a statement.

Russia’s defence ministry said Ukraine attacked the Black Sea Fleet near Sevastopol on the Russian-annexed Crimean peninsula with 16 drones early on Saturday, and that British navy “specialists” had helped coordinate the “terrorist” attack.

Moscow also accused British navy personnel of blowing up the Nord Stream gas pipelines last month, a claim that London said was false and designed to distract from Russian military failures in Ukraine.

Ukrainian President Volodymyr Zelenskiy said the United Nations and Group of 20 (G20) major economies must make a strong response to what he called Russia’s nonsensical move.

“This is a completely transparent attempt by Russia to return to the threat of large-scale famine for Africa, for Asia,” Zelenskiy said in a video address, adding that Russia should be kicked out of the G20.

Russia’s departure from the grain deal marks a new development in a war that has recently been dominated by a Ukrainian counteroffensive and Russian drone and missile attacks that have destroyed more than 30% of Ukraine’s generating capacity and hit populated areas. Each side has accused the other of being prepared to detonate radioactive bombs.

President Vladimir Putin ordered Russia’s invasion of its smaller neighbour in an offensive he said was aimed at demilitarising and “denazifying” Ukraine. Kyiv and the West say the war is an unprovoked act of aggression by Moscow.

The grain deal had restarted shipments from Ukraine, allowing sales on world markets, targeting the pre-war level of 5 million metric tonnes exported from Ukraine each month.

More than 9 million tonnes of corn, wheat, sunflower products, barley, rapeseed and soya have been exported under the deal, signed on July 22.

But ahead of its Nov. 19 expiry, Russia had repeatedly said that there were serious problems with it. Ukraine complained Moscow had blocked almost 200 ships from picking up grain cargoes.

When the agreement was signed, the UN World Food Programme said some 47 million people had moved into “acute hunger” as the war halted Ukrainian shipments. The deal ensured safe passage in and out of Odesa and two other Ukrainian ports in what an official called a “de facto ceasefire” for the ships and facilities covered.

Russia told UN Secretary General Antonio Guterres in a letter, seen by Reuters, that it was suspending the deal for an “indefinite term” because it could not “guarantee safety of civilian ships” travelling under the pact.

Five outbound and four inbound vessels safely passed through the humanitarian corridor, the UN coordinator for the deal said on Saturday.

“There are more than 10 vessels both outbound and inbound waiting to enter the corridor,” Amir Abdulla said in a statement, adding there was no agreement between the parties for the movement of vessels on Sunday.

Ukraine’s Foreign Minister Dmytro Kuleba, accusing Russia of using a “false pretext” to sink the deal, called on “all states to demand Russia to stop its hunger games and recommit to its obligations”.

The European Union said “all parties must refrain from any unilateral action that would imperil” a deal it described as a critical humanitarian effort.