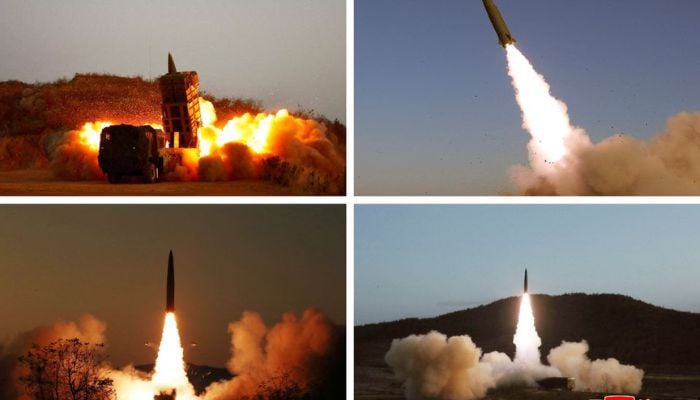 SEOUL: North Korea has fired a ballistic missile off its east coast, South Korea’s military said on Wednesday, but no further details, such as the projectile’s flight range, were immediately available.

The launch is the latest in a record year of missile testing by the North, including an ICBM test last week, at a time of growing fears that Pyongyang could be preparing for its first test of a nuclear device since 2017.

North Korea said on Monday that its recent missile launches were simulated strikes on South Korea and the United States as the two countries held a “dangerous war drill”, while the South said it had recovered parts of a North Korean missile near its coast.

Last week, North Korea test-fired multiple missiles, including a possible failed intercontinental ballistic missile (ICBM), and hundreds of artillery shells into the sea, as South Korea and the United States carried out six-day air drills that ended on Saturday.

The North’s military said the “Vigilant Storm” exercises were an “open provocation aimed at intentionally escalating the tension” and “a dangerous war drill of very high aggressive nature”.

The North’s army said it had conducted activities simulating attacks on air bases and aircraft, as well as a major South Korean city, to “smash the enemies’ persistent war hysteria”

The flurry of missile launches included the most ever in a single day and come amid a record year of missile testing by nuclear-armed North Korea.