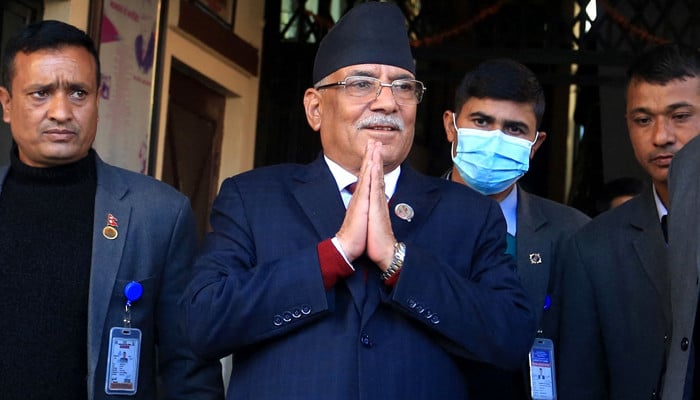 KATHMANDU: Nepal’s new government, led by a former Maoist rebel commander, will try to balance ties with its immediate neighbours China and India for the economic growth of one of the world’s poorest countries, officials of the ruling coalition told Reuters.

Nepal is one of several South Asian countries that India and China seek to influence. India has long considered Hindu-majority Nepal, a Himalayan country of 30 million, a natural ally based on their close historical ties and a long open border.

“We’ll maintain relationships of equi-proximity with both our neighbours,” Narayan Kaji Shrestha, a senior member of Prachanda’s Maoist Centre party who is expected to be a cabinet minister, told Reuters.

Other party leaders, speaking on the condition of anonymity before a swearing-in of new ministers, echoed Shrestha’s view.

Beijing and New Delhi have poured billions of dollars in aid and investment into Nepal, which is rich in potential to generate hydroelectric power.

Prime Minister Narendra Modi of India, Nepal’s biggest trade and economic partner, was one of the first foreign leaders to wish Prachanda, who has been prime minister twice before.

“The unique relationship between India & Nepal is based on deep cultural connect & warm people-to-people ties,” Modi said on Twitter. “I look forward to further working with you to strengthen this friendship.”

Analysts said Nepal’s $40 billion economy, emerging from the COVID-19 pandemic, needed the immediate attention of the new government, which must regain the trust of investors and businesses and boost production.

Inflation is at more than 8%, the highest in six years. Nepal also faces dwindling foreign exchange reserves, with an increasing dependence on imports of basic goods.