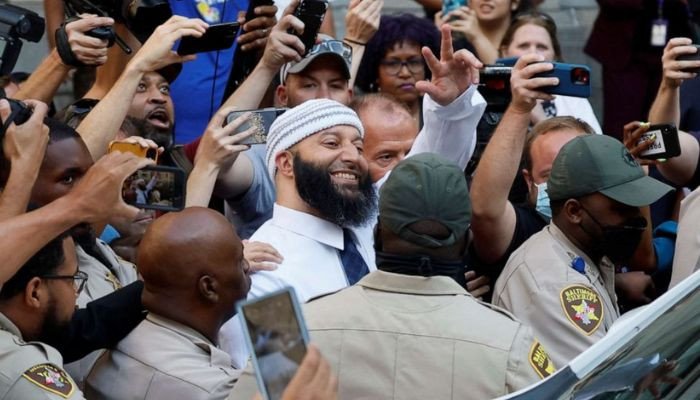 A man has been released from prison into home detention after spending 23 years behind the bars because prosecutors said they found two “alternative suspects”.

Adnan Syed, 41, was imprisoned for life when he was 19. The Baltimore man was accused of murdering his ex-girlfriend Hae Min Lee and hiding her body in the woods in 1999.

This is the same case that was discussed in the true-crime podcast “Serial” after which the show became a hit.

After over two decades, shackles were taken off of Syed on Monday.

While the decision does not prove that Syed is innocent, Baltimore Circuit Judge Melissa Phinn said she was throwing out the conviction for “fairness and justice”. A new trial has been ordered.

In 2000, prosecutors had argued in front of a jury that Syed was a contemptuous lover who murdered his ex-partner and hid her body.

The jury found him guilty based on mobile phone location data which is now being called unreliable.

Syed’s appeals over the past 20 years were denied including the one in 2019, his most recent attempt.

A 2014 podcast Serial shed light on the case and doubted the jury’s decision. With more than 340 million downloads, it inspired other works like an HBO docuseries in 2019.

After studying the case for a year, the Baltimore State’s Attorney’s Office said that Syed deserved a new trial.

The suspects have not been named but reportedly, both have criminal records of violence against women.

The lead prosecutor said that the prosecutors had the responsibility to not only advocate for victims but also for “those that have been falsely accused and convicted”.