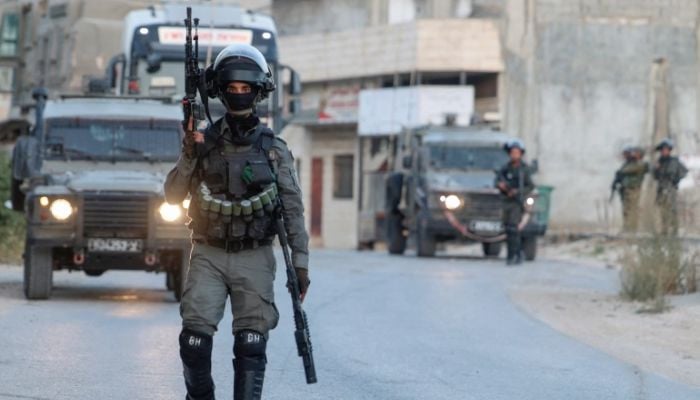 Israeli soldiers fatally shot a Palestinian 18-year-old in the occupied West Bank on Saturday, health officials said, the latest in a string of deadly incidents in the territory.

The Israeli military claimed its soldiers had opened fire at people throwing rocks at Israeli vehicles driving down a road and that “hits were confirmed”.

The Palestinian Health Ministry said the teenager had been martyred and a second Palestinian wounded by the Israeli gunfire.

Violence in territories where Palestinians seek statehood has surged in recent months after Israel launched a crackdown in response to alleged spate of lethal street attacks in its cities.

On Thursday, Israeli forces martyred four Palestinians in the West Bank and Jerusalem, including an Islamic Jihad militant and a man accused by police of stabbing an officer.

The security situation was among the factors contributing to far-right gains in an Israeli election on Tuesday that put former Prime Minister Benjamin Netanyahu on track to return to power.

US Secretary of State Antony Blinken expressed his concern over spiralling violence in a call with outgoing Israeli Prime Minister Yair Lapid on Thursday and with Palestinian President Mahmoud Abbas on Friday.