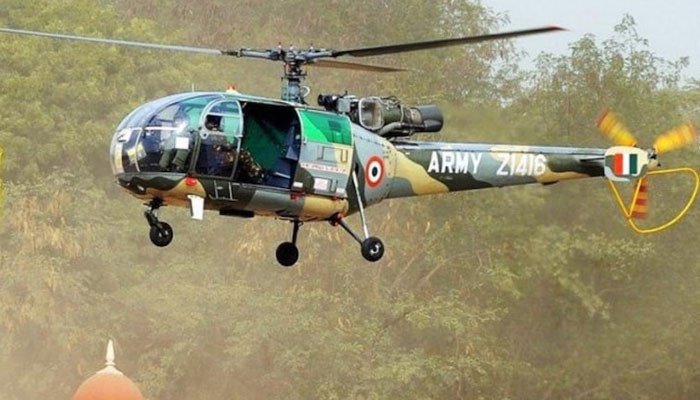 A pilot of the Indian Army was killed Tuesday as a helicopter crashed in the Arunachal Pradesh state, NDTV reported citing the military.

As per the details, the army aviation chopper crashed in a forward area near Tawang at around 10am this morning, while on a routine flight with two pilots on board.

Both the pilots were evacuated alive from the wrecked aircraft and shifted to the nearest military hospital but Leiutenant Colonel Saurabh Yadav succumbed to his severe injuries. The other pilot is still undergoing treatment.

“The cause of the crash at this stage is not known. Details are being ascertained,” said an army statement cited by the publication.

This was the second crash incident involving the army’s cheetah chopper in India this year. The first took place in March near the Line of Control in the Illegally Occupied Jammu and Kashmir. The casualties in the incident were the same as in the latest crash.

It may be recalled that India’s former Chief of Defence Staff Gen Bipin Rawat also died in a helicopter crash in Tamil Nadu, last year in December.