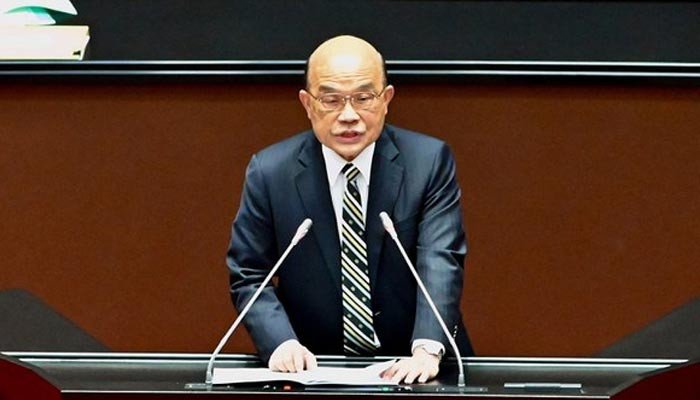 TAIPEI: Taiwan’s premier on Tuesday said Elon Musk “doesn’t know much” about the self-ruled island, after the billionaire suggested it should become part of China.

The world’s richest man has sparked anger in Taiwan over an interview he gave to the Financial Times which touched on Taiwan’s fraught relationship with its giant neighbour.

Taiwan lives under constant threat of invasion by Beijing, which claims democracy as part of its territory, to be taken one day.

In the interview published Friday, Musk said he believed Taiwan should strike a “reasonably palatable” agreement with Beijing to become a “special administrative zone” of China.

That model is used by Beijing to run Macau and Hong Kong.

Beijing’s leaders have long suggested the same model for Taiwan although it has always been a non-starter for the vast majority of Taiwanese.

Premier Su Tseng-chang — Taiwan’s most senior politician after the president — became the highest-ranking official yet to address Musk’s comments, which he dismissed on Tuesday.

“Musk is a businessman,” Su told a parliamentary session. “He has a big car factory in Shanghai and he wants to promote his electric vehicles… a businessman may say this today and say that tomorrow”.

“Musk only speaks for himself but he really doesn’t know much about Taiwan and he also doesn’t understand cross-strait relations,” Su added.

Polls have consistently shown that a large majority of Taiwan’s people have no appetite to be ruled by China, something that has deepened after Beijing deployed a sweeping political crackdown in Hong Kong.

Musk is a notoriously outspoken business figure, especially on Twitter, where he frequently wades into social and geopolitical causes.

His comments on Taiwan were praised by multiple Chinese officials, including Beijing’s ambassador to Washington Qin Gang.

Kyiv’s ambassador to Germany Andriy Melnyk replied bluntly: “Fuck off is my very diplomatic reply to you.”