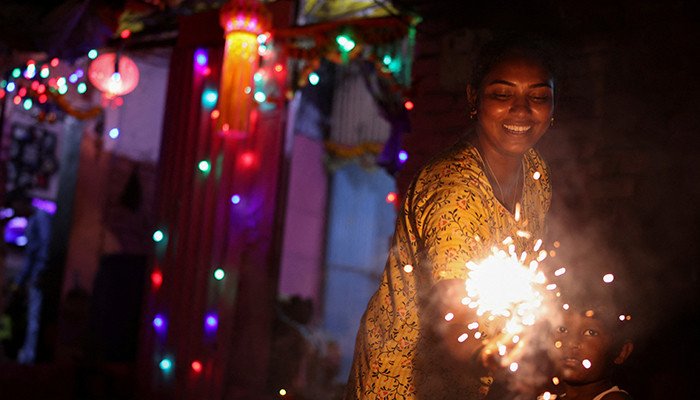 NEW DELHI: Festival-goers who let off firecrackers in New Delhi during this year’s Diwali face up to six months in jail, the city’s environment minister said on Wednesday, under a broader ban introduced to help combat extreme winter pollution.

Delhi, a city of about 20 million, is the world’s most polluted capital and particle levels climb steeply during winter months when cold air traps smoke and dust from many sources.

Firecrackers have for generations been an integral part of Diwali, the Hindu festival of lights, which takes place next week throughout India.

But city authorities have banned their sale and use over the festival period for the past two years, along with other measures including controlling waste burning, and the use of anti-smog guns and water sprinklers.

Environment Minister Gopal Rai told reporters that people caught setting off firecrackers this time would face a fine of 200 Indian rupees ($2.41) and jail term of up to six months.

Those found storing and selling firecrackers would face fines of 5,000 rupees and up to three years in jail.

A broader ban on setting off firecrackers was imposed last month and will run until January 1.

Diwali usually also coincides with a rise in emissions from crop stubble burning in neighbouring states, which increases the concentration of fine particles in the air to several times above the safe limit set by the World Health Organisation.

Some Hindus see the Diwali firecracker ban as an attempt to interfere with the observance of their religion.