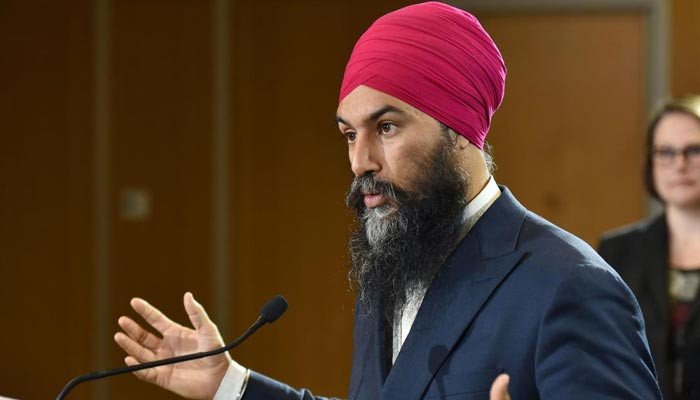 TORONTO: Canada’s National Democratic Party (NDP) has announced its support for the Khalistan Referendum on Canadian soil, calling it the basic human right of Canadian Sikhs enshrined in local and international laws.

In the latest development on the issue of Khalistan Referendum voting in Canada which has already created huge waves in Canadian internal politics and on the diplomatic front between Canada and India, leader of NDP Jagmeet Singh MP has supported Sikh peoples’ right to seek independence and create Khalistan through the means of a referendum.

The NDP leader’s statement is important because the party is an ally of Prime Minister Justin Trudeau’s government.

While responding to a question about the Khalistan Referendum and the resulting diplomatic rift between Canada and India, the NDP leader stated: “Some people are spreading false information to create division, distract and misinform the public. The straightforward thing is that seeking impudence through a referendum is an inalienable right of all peoples.”

Dismissing the allegations, insinuations and Indian narrative that the Khalistan Referendum which seeks secession of Punjab from India, is a crime or terrorism, Jagmeet stated: “In Canada, we have Bloc Quebec Party whose members sit next to me in the Parliament. Their objective is the secession of Quebec from Canada while NDP is for United Canada. It is not a crime to seek secession and independence through Referendum and Canada does not arrest, charge or prosecute the members of Bloc Quebec Party for seeking independence.”

Soon after the NDP leader’s statement and in the wake of Canada-India having diplomatic sparring over pro-Khalistan activities, secessionist group Sikhs For Justice (SFJ) announced to hold another voting for Khalistan Referendum on November 6 at Paul Coffey Arena, Mississauga, a Canadian government-owned facility.

“November 6 voting is a journey of the Sikh community from being the victim of genocide to seeking independence through Khalistan Referendum,” stated Gurpatwant Singh Pannun, General Counsel to SFJ.

The SFJ has announced plans to hold phase II of the Khalistan Referendum voting on November 6 in Toronto to accommodate those who were unable to vote on September 18.