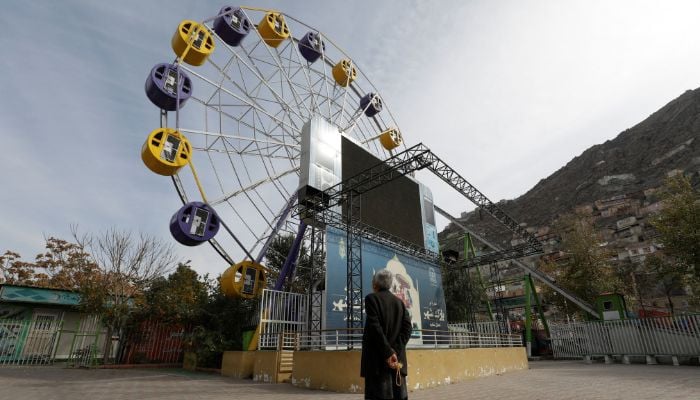 KABUL: Afghan women were stopped from entering amusement parks in Kabul on Wednesday after the Taliban’s morality ministry said there would be restrictions on women being able to access public parks.

A spokesperson for the Ministry for the Propagation of Virtue and Prevention of Vice (MPVPV) confirmed that women would be restricted from accessing parks when asked for comment by Reuters, but did not respond to requests to provide further details.

It was not clear how widely the restrictions applied or how they affected a previous rule from the MPVPV saying parks, including open-air spaces, must be segregated by gender and certain days would be aside for women.

Bilal Karimi, a deputy spokesperson for the Taliban administration, did not respond to a request for comment.

At a Kabul amusement park containing rides such as bumper cars and a Ferris wheel, Reuters witnesses observed several women being turned away by park officials, with Taliban agents present observing the situation.

Masooma, a Kabul resident who asked that only her first name be published for security reasons, had planned to take her grandchild to visit the park but was turned away.

“When a mother comes with their children, they must be allowed to enter the park, because these children haven’t seen anything good … they must play and be entertained,” she told Reuters. “I urged a lot to them, but they didn’t allow us to get inside the park, and now we are returning home.”

Two park operators, who asked to remain anonymous to speak on a sensitive matter, said they had been told by Taliban officials not to allow women to enter their parks.

Since taking over Afghanistan last year, the Taliban have said women should not leave the home without a male relative and must cover their faces, though some women in urban centres ignore the rule and some women have been permitted to work in government offices. The group also made a U-turn on signals it would open all girls’ high schools in March.

Western governments have said the group needs to reverse its course on women’s rights for any path towards formal recognition of the Taliban government.