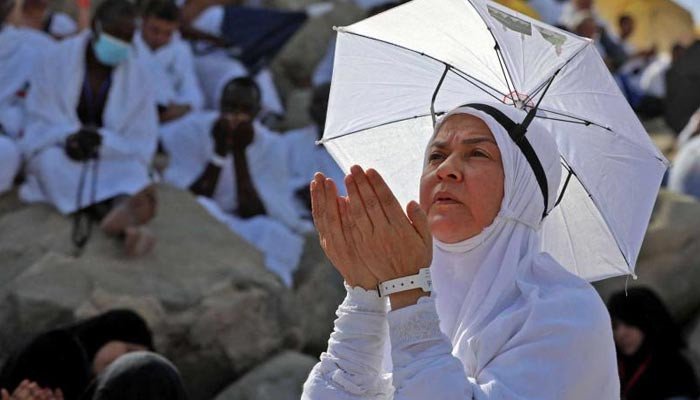 RIYADH: Saudi Arabia said that women across the world can now perform Hajj and Umrah without a mahram (blood relative) or a male guardian.

The announcement was made by the Saudi Minister of Hajj and Umrah Dr Tawfiq Al-Rabiah during a press conference, ending decades-long rule by the Kingdom, Arab News reported.

The Hajj Minister said that people with any visa can perform Hajj and Umrah with satisfaction and can visit any city in the country. “There is not any fixed quota of the Umrah pilgrims,” he added.

Al-Rabiah said that measures are being taken for maximum arrival of Umrah pilgrims.

“The supervisor of fatwa at Al-Azhar Al-Sharif in Egypt, Abbas Shoman, declared last March that a woman is allowed to perform Hajj and Umrah without an accompanying mahram,” said Halabi.

Meanwhile, former adviser to the Minister of Hajj writer Faten Ibrahim Hussein said that pilgrims are provided with all the facilities to perform Hajj and Umrah which are based on Saudi Vision 2030.

“Allowing women to perform Umrah without the condition of a mahram makes life easier for them because many have difficult social conditions and may not find a mahram, or it may cost them a lot, while they are eager to perform Umrah,” said Hussein.