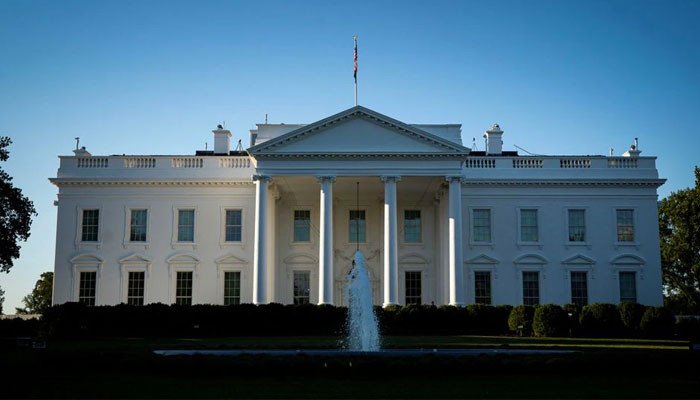 The recent purported leak of secret audio recordings of top government officials is not new or something that happens in Pakistan only. A research showed that even the White House, 10-Downing Street in London and the official residences and workplaces of US president and UK prime minister have been spied on for decades.

While some of these powerful men at the helm were victims of bugging, there have been instances when they themselves were involved in recording certain conversations discreetly.

A reputable British newspaper, The Guardian, published the claims of a Cambridge University historian on April 18, 2010, revealing that 10-Downing Street was eavesdropped on by the country’s own spy agency, the MI5.

The newspaper writes: “The MI5 secretly planted bugs in 10 Downing Street despite repeated official denials and they remained in place for more than 10 years during the tenure of five prime ministers. The disclosure was to have been included in the official history of MI5 by the Cambridge historian, Christopher Andrew, published last year to mark the agency’s 100th anniversary. It is believed to have been suppressed by senior Whitehall officials to protect the ‘public interest.’ Bugs are understood to have been placed in the cabinet room, the waiting room, and the prime minister’s study, at the request of Harold Macmillan in July 1963. They remained there until James Callaghan removed them in 1977.”

The newspaper added: “The bugs were installed a month after John Profumo, secretary of state for war, resigned over the Christine Keeler affair. It is possible Macmillan wanted to make sure no other ministers or officials were involved. MI5 was in close contact with Macmillan during the scandal. The bugs are understood to have been removed after Macmillan left office but were reinstalled by his successor, Sir Alec Douglas-Home, who was concerned about Soviet spies. They remained during the period in office of his successors, Harold Wilson and Edward Heath. It is unclear whether they knew about the bugs. Callaghan ordered them to be removed in 1977, the year he cleared MI5 of a plot against Wilson’s Labour government.”

As far as the bugging at the White House is concerned, secret recordings have haunted a few American Presidents since 1939. In 2017, the Washington DC-based National Public Radio (NPR) had reported that in 1939, American President Franklin Delano Roosevelt’s conversation with some Senators had leaked to his sheer dismay. Roosevelt only used the recording equipment for 11 weeks from August 1940 through his reelection. He intended to use it to record his press conferences as a backup to his stenographer. He wound up recording 14 press conferences and also recorded several Oval Office conversations.

The American Radio had claimed: “Franklin Delano Roosevelt appeared to be pledging — in private — not to allow Germany to get far beyond its borders, thereby making it likely he would commit America to war. Running in a nasty campaign for an unprecedented third term, he didn’t want to take any chances. And so began a three-and-a-half-decade stretch of American presidents surreptitiously taping in the White House. The efforts grew more sophisticated, from a large recorder with a microphone hidden in a lamp on FDR’s desk to voice-activated mobile transponders in the Nixon White House. Nixon’s recordings, of course, ultimately led to his resignation, as they revealed his role in the Watergate break in.”

This media outlet had maintained: “After the Watergate Scandal, which led to President Richard Nixon’s resignation, it was believed that secret White House recordings had stopped. After all, why would another president want to subject themselves to the possibility of the tapes, being used against them?”

But in 2017, the issue was thrown back into the spotlight after President Trump had fired James Comey as FBI director, claiming Comey told him on three different occasions, twice on the phone and once over dinner, that he was not the subject of an FBI investigation for alleged collusion with Russia to meddle in the 2016 presidential election.

In its report under review, the radio had viewed: “Comey associates, though, told various news outlets that Trump asked Comey at that dinner to make a loyalty pledge, and he refused. Trump then took to Twitter and made a veiled threat to Comey and implied that he might have ‘tapes’ of their conversations. Presidential recordings are all subject to eventual release and archiving under the Presidential Records Act, meaning if there are Trump recordings of Comey, eventually, Americans will likely hear them.”

Moreover, books like William Doyle’s “Inside the Oval Office: The White House Tapes from FDR to Clinton” and Cormac O’Brien’s “Secret lives of American Presidents” also shed a lot of light how technology was used to record secret conversations in high places, besides tackling all the tough questions that other history books are afraid to ask.

The radio report told: “Kennedy kept his recordings secret, appearing not want even advisers or those on the phone to know. He also wanted to keep the tapes to help with his memoirs once he was out of the office. President Johnson ratcheted up the use of secret tapes and made it a staple of his White House. He wanted to record as many meetings and phone calls as possible. There is no law preventing secret White House recordings and some kept it up — most notably Reagan, who was presented with the option of continuing or not continuing the phone tapings in the Oval Office for national security purposes. Ford, Carter and George H.W. Bush reportedly had no-recording rules, and there’s no evidence that Bill Clinton taped anything secretly in the White House.”