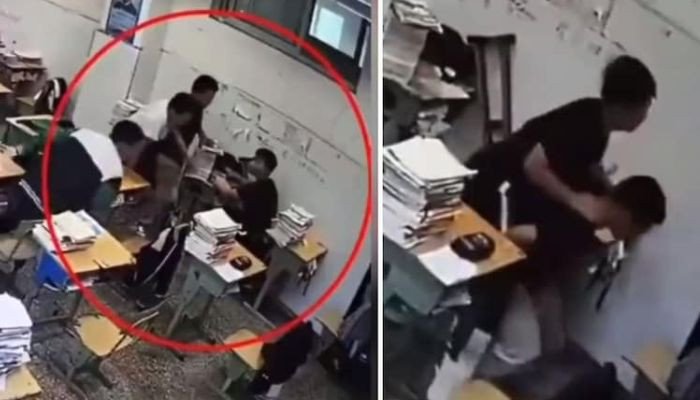 A viral video on social media shows a student who restored people’s faith in humanity by helping his injured friend in a class during an earthquake.

While everyone was seen rushing out of the classroom caring for their own lives, the kind boy was thoughtful of those around him as well.

The CCTV footage showed the boy’s reflex to first rescue his injured friend. While others leave, he reaches out to the injured boy and lifts him on his back.

It is not clear where the video is from but the boy has received a lot of praise from social media users.

The caption of the post read: “True friendship is the only way to keep yourself together in the most difficult times.”

“A friend in need is a friend indeed,” another said.