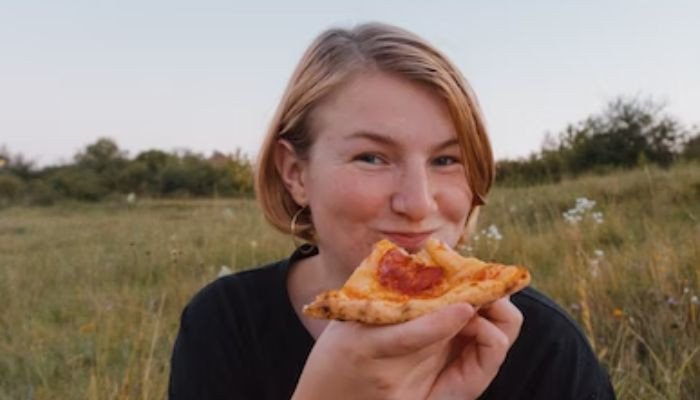 A woman from Kenilworth, United States, has received an award for owning the largest collection of pizza-related items in the world. With 669 pizza boxes, pizza jewellery, pizza books and pizza oddities, Telina Cuppari now holds a Guinness World Record (GWR).

Cuppari, who calls herself the “pizza girl” started collecting these items in 2012, according to GWR.

During the pandemic, when she had her second child, even at the hospital, the woman adorned the room with pizza decorations. She also had a pizza-themed maternity photoshoot.

The pizza girl realised she could go for the record when she got to know of a man from Philadelphia who held the record with 570 items.

Her neighbours donated all the pizza-related items they had to help her break the record. The pizza girl is now turning her garage into a “pizza museum” to keep all the items.

A reporter from News12, Brian, visited the garage where he found many interesting things like a book about “pizza murder” and a backyard pizza sprinkler.