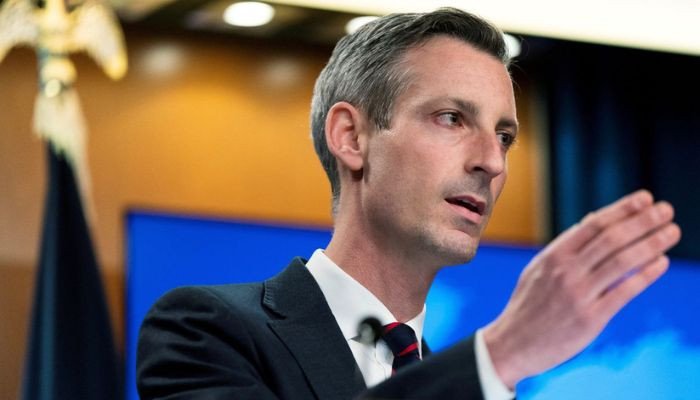 The United States on Wednesday said that reviving the 2015 Iran nuclear deal is “not our focus right now,” saying Tehran had shown little interest in reviving the pact and that Washington was concentrating on how to support Iranian protesters.

Asked if the United States was interested in pursuing talks to revive the pact under which Iran curbed its nuclear program in return for economic sanctions relief, US State Department spokesman Ned Price replied “that’s not our focus right now.

“It is very clear and the Iranians have made very clear that this is not a deal that they have been prepared to make. The deal certainly does not appear imminent,” Price told a briefing.

“Nothing we’ve heard in recent weeks suggests they have changed their position. And so right now our focus … is on the remarkable bravery and courage that the Iranian people are exhibiting through their peaceful demonstrations,” he said.

“Our focus right now is on shining a spotlight on what they’re doing and supporting them in the ways we can,” he said, referring to anti-government protests ignited by the Sept. 16 death of 22-year-old Mahsa Amini while in the custody of Iran’s morality police.

Then-US President Donald Trump abandoned the nuclear deal between Iran and six major powers in 2018 and unilaterally reimposed economic sanctions that have hobbled Iran’s economy by curbing its oil exports.

A year later, Tehran reacted by gradually violating the deal’s nuclear limits, reviving the US, Israeli and Gulf Arab fears that Iran may be seeking to obtain an atomic weapon, an ambition Iran denies.