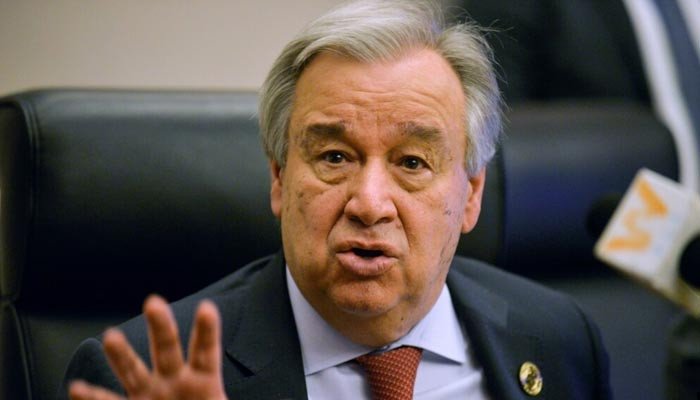 UNITED NATIONS, UNITED STATES: UN Secretary-General Antonio Guterres warned Monday that unequal education was quickly dividing the planet as he sought to keep development on the agenda ahead of a week of diplomacy focused on global crises.

The UN chief called a special summit on education a day before world leaders meet for the annual General Assembly, although a number of key officials including US President Joe Biden delayed their arrivals in New York due to Queen Elizabeth II’s funeral.

He warned that the COVID-19 pandemic has had a “devastating impact” on learning, with poor students lacking technology at a particular disadvantage, and conflicts further disrupting schools.

Guterres appealed to all countries to prioritise increasing spending per student even amid question marks over the global economy.

In a report earlier this month, the UN Development Programme said COVID has set back humanity’s progress by five years.

Guterres also called out Afghanistan’s Taliban, who have deprived more than one million teenage girls of education since the group returned to power in August 2021.

“I appeal to the authorities in Afghanistan: Lift all restrictions on girls’ access to secondary education immediately,” he said.

Addressing the summit, Somaya Faruqi, who was part of Afghanistan’s celebrated girl’s robotics team, said the Taliban are “slowly erasing our existence in society.”

“Thousands of girls may never return back to school. Many have been married off. The promises of reopening schools came and went,” she said.

Appealing to world leaders, she said, “You must not forget those who are left behind, those not lucky enough to be at school.”

“Show your solidarity with me and millions of Afghan girls.”

The UN General Assembly — with its epic traffic and demonstrations jamming Midtown Manhattan — is back in person after two years of the pandemic, with leaders required to show up if they wish to speak.

The General Assembly voted to make just one exception — for Ukrainian President Volodymyr Zelensky, who is leading resistance to a Russian invasion.

Russian Foreign Minister Sergei Lavrov headed to New York for the summit, where he heard an appeal Monday from his French counterpart, Catherine Colonna, to allow a security zone outside the Zaporizhzhia nuclear plant, whose occupation by Moscow has raised mounting concerns.

Also high on the agenda for the UN week will be Iran, whose president, Ebrahim Raisi, is travelling to the General Assembly for the first time.

In a US television interview ahead of his arrival, Raisi said that Iran wanted “guarantees” before returning to a nuclear deal that former president Donald Trump trashed in 2018.

“We cannot trust the Americans because of the behaviour that we have already seen from them. That is why if there is no guarantee, there is no trust,” he told CBS News’ “60 Minutes” program.

Biden supports a return to the 2015 agreement, under which Iran drastically scaled back nuclear work in return for promises of sanctions relief.

But the Biden administration says it is impossible in the US system to promise what a future president would do.

But she warned, “There is no better offer for Iran.”

“It’s up to them to make a decision.”

Raisi can expect to be dogged by protests during his visit including by exile groups that have called for his arrest over mass executions of opponents a decade after the 1979 Islamic revolution.