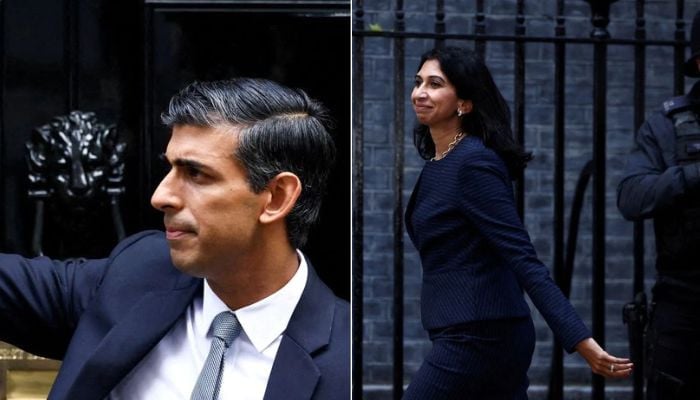 LONDON: British Prime Minister Rishi Sunak will gather his newly appointed cabinet for the first time on Wednesday, a day after taking power with a promise to fix the mistakes of his predecessor and stabilise the economy.

At the top of Sunak’s agenda will be preparation for a fiscal statement, keenly anticipated by financial markets, which is scheduled for Oct. 31 but which the Times newspaper reported could be pushed back by a few days.

Asked about the timing of the statement, expected to set out how the government will plug a budget shortfall of as much as 40 billion pounds ($45.88 billion), foreign minister James Cleverly told Sky News he did not have a “specific confirmation” of the date.

Sunak, who replaced Liz Truss as leader after her brief stint as prime minister was engulfed in chaos, on Tuesday chose to not bring in a new finance minister but did appoint a cabinet with a mix of views from across the Conservative Party’s political factions.

His decision-making immediately came in for criticism from the opposition Labour Party, which focused on the reinstating of lawmaker Suella Braverman as interior minister less than a week after she was sacked by Truss for a security breach.

As Britain’s third prime minister this year, Sunak faces a daunting list of problems beyond the economic crisis, including how to unite and rebuild a fractured party whose reputation has been shredded by months of scandals and rows.

“The hard work begins now and together, the prime minister’s new cabinet will deliver for the British people,” a source in his Number 10 Downing Street office said in a statement.

Later in the day, Sunak will for the first time face the opposition Labour Party leader Keir Starmer for Prime Minister’s Questions — the weekly showpiece political debate in parliament at 12 noon (1100 GMT).