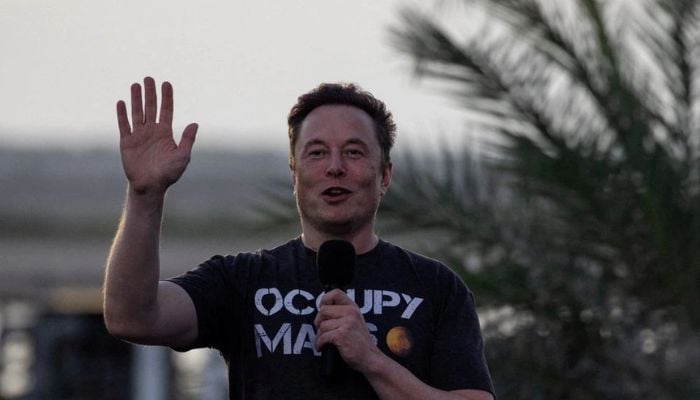 “Shared power curbs the worst excesses of both parties, therefore I recommend voting for a Republican Congress, given that the Presidency is Democratic,” Musk said in a tweet on Monday to his more than 110 million followers.

Republicans are favoured to win a majority in the House of Representatives in Tuesday’s elections, with the Senate rated a toss-up by nonpartisan election forecasters. Democrats currently control both houses.

Musk, the world’s richest person and CEO of Tesla, took over Twitter in a $44 billion deal last month and has engaged in drastic measures including sacking half the staff and a plan to charge for blue check verification marks.

His absolutist stance on free speech has led some groups to warn against a rise in misinformation and some advertisers to pull their spending. A crackdown on users impersonating Musk prompted Twitter to suspend comedian Kathy Griffin.

Later, he added, “I’m open to the idea of voting Democrat again in the future” and said he had historically been an independent who had voted for Democrats.

Musk has been critical of the Biden administration and Democrats for their proposals to tax billionaires and give more tax incentives to union-made electric vehicles. Tesla does not have unions at its US factories.

Republicans could use a majority in either chamber to bring Biden’s agenda to a halt and launch potentially politically damaging investigations into Biden’s administration and family.

Kyle Kondik, from the University of Virginia’ Center for Politics, said it was unlikely Musk’s words would influence the election’s outcome.

“It’s hard to expect any sort of celebrity ‘endorsement,’ as this basically is, to have much if any effect on voter behaviour,” Kondik said.

Asked about Musk’s comments, White House press secretary Karine Jean-Pierre said: “The president has often spoken about the importance of voting, and I’m just going to leave it there as to not get involved in any kind of election conversation.”

Musk is not alone among social media executives in taking open political stances.

Like other executives, however, Sandberg stopped short of explicitly telling her followers how to vote and took pains to keep a distance between her personal leanings and her work.

Former Twitter Chief Executive Jack Dorsey has voiced a sense of alienation from both Republican and Democratic politics, while Meta Chief Executive Mark Zuckerberg and his wife donated to two nonprofits that distributed grants to state and local governments to help them conduct elections.

In a statement to Reuters, Jessica Gonzalez, co-CEO of Free Press, an advocacy group, said Musk’s comment showed he “is not showing himself to be an even-keeled CEO that advertisers can trust.”

Last year Tesla moved its headquarters from California — its biggest market — to the more conservative state Texas. Musk also moved his personal residence from California to Texas, where there is no state income tax.

In April, Musk said on Twitter he believes that for the platform “to deserve public trust, it must be politically neutral.”

Federal authorities are investigating Musk over his conduct in acquiring Twitter, the company said in a court filing last month. The US Securities and Exchange Commission and the Federal Trade Commission have not commented on any potential probes.