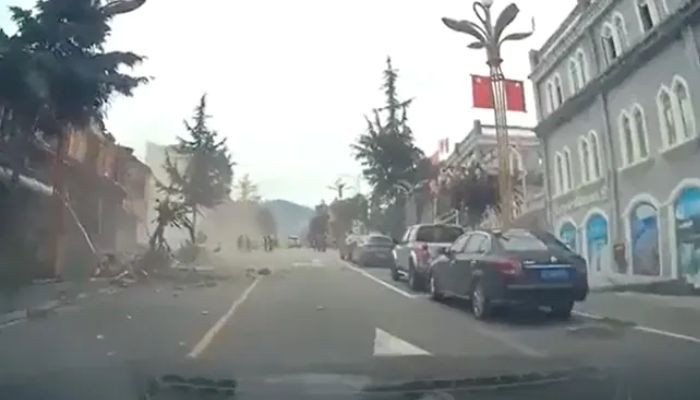 A video recorded from the dashboard camera of a car shows the terrifying moment when an earthquake hit China’s southwestern Sichuan province.

The magnitude 6.6 quake hit about 43 kilometers (26 miles) southeast of the city of Kangding in Sichuan province at a depth of 10 kilometers on Monday, according to the US Geological Survey.

At least 66 people were killed, state media reported, with more than 200 still cut off from rescuers in a remote scenic area. Scores were reported missing elsewhere.

“The shaking was quite strong and it lasted for a while,” said Shirley Li, who lives on the 30th floor of an apartment block in Chengdu, which is under a COVID-19 lockdown, after suffering summer heatwaves, reported Reuters.

The spine-chilling moment can be seen in the dashcam video posted by Indian journalist Rani Joshi.

CCTV reported that more than 11,000 people have been evacuated from areas prone to landslides or building collapse.

“Most buildings (in our village) are dilapidated, some of them have not collapsed, but all of them have cracks,” Yang Qing from Moxi town, one of the worst affected areas near the epicenter of the quake, told AFP.

Earthquakes are fairly common in China, especially in the country’s seismically active southwest.