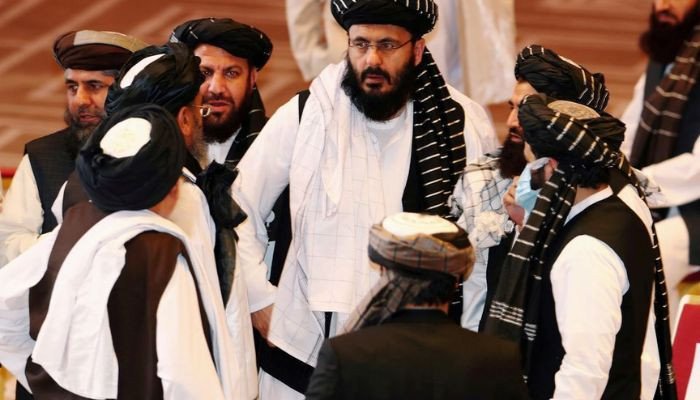 KABUL: The Taliban are “looking into” a video circulating on social media that appears to show its fighters executing captured members of an Afghan insurgent group, a government spokesman said Wednesday.

The National Resistance Front (NRF), a nascent group operating mainly out of the Panjshir Valley, said the video showed some of its fighters being executed and accused the Taliban of “war crimes”.

The video, being shared widely on social media, shows two groups of men squatting on a hillside with their hands tied behind their backs before being shot with automatic rifles by Taliban fighters.

Checks by AFP’s digital verification team show the first versions of the video only appeared online in the last 24 hours, and government spokesman Bilal Karimi said authorities were investigating.

“We are looking into it to know exactly when these videos were filmed and to know whether they are old,” Karimi told AFP.

“But so far, we absolutely don’t know about the place, timing of the videos, or who the people in them are.”

The footage went viral a day after the Taliban said its forces had killed at least 40 NRF fighters in clashes in the Panjshir Valley.

The NRF said those shown being executed in the video were captured during fighting in the valley.

The scenic Panjshir Valley is famed for being the centre of Afghan resistance to the Soviet occupation of the 1980s and the Taliban’s first stint in power in the late 1990s.

It was the last part of Afghanistan to hold out against the Taliban when they returned to power in August last year.

The NRF is headed by Ahmad Massoud, the son of legendary anti-Soviet and anti-Taliban fighter Ahmad Shah Massoud.

The elder Massoud, known as the Lion of Panjshir, was assassinated in 2001 by Al-Qaeda, two days before the September 11 attacks in the United States.

His son has since picked up the mantle against Taliban forces, repeatedly denouncing the Islamist regime as “illegitimate”.

In July, the United Nations mission in Afghanistan accused the Taliban of carrying out hundreds of human rights violations, including extra-judicial killings and torture, since they seized power.

Many of the victims were former government officials and national security force members, the mission said, an accusation denied by the Taliban.