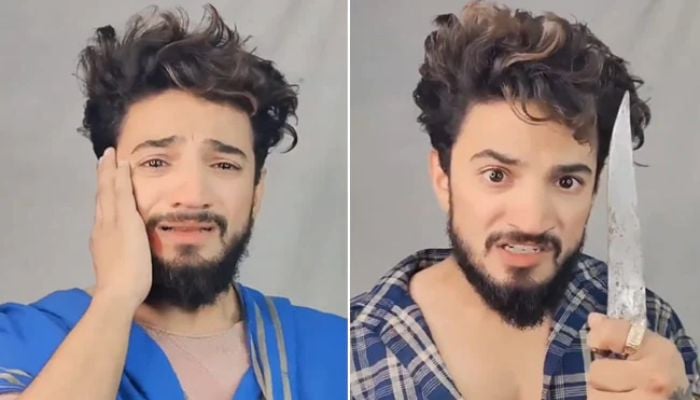 The Shraddha Walkar murder case from India’s New Delhi — a killing that has horrified the entire South Asian nation and people across the globe — was reenacted in an “insensitive” reel by a local content creator Aarush Gupta.

While the rest of the country is unable to process that the accused Aftab Poonawala murdered his live-in partner Shraddha Walkar, 27, and chopped her body into pieces, Gupta recorded a reel imitating the incident, depicting the domestic abuse Walkar reportedly went through.

Social media users are slamming Gupta for being insensitive and for trying to make viral content amid the crisis. Indians are still finding it hard to believe that the woman’s body parts were dumped in a forest and 17 other locations across the city.

In the video, Gupta can be seen enacting what happened between the accused and the victim without any accurate information. He used a popular song Dastaan-E-Om Shanti Om from a Shah Rukh Khan movie.

Indian writer Nirwa Mehta published the video on Twitter pointing out how the sensitive matter had become an “influencer reel topic”.

Even though Gupta ended his post with the disclaimer that his reel was created to spread awareness and stand with the victim, internet users called out the content and condemned the creator.

“Awareness can be done without enacting,” a user said.

“Not everything is content. Even if their motive was to spread awareness about the case, they could’ve done without enacting it, this is a legal issue, more of which a sensitive one,” wrote another.

“This is sick,” another chimed in. A user even claimed that influencers make “anything” content for “likes”.

An investigation has been launched in New Delhi, India to look into the shocking murder of the 27-year-old woman. Originally killed in May, her body was discovered recently after her father reported her missing.

Poonawala, the accused, has been arrested after being charged with murder. Police claim that the man strangled Walkar, axed her body into pieces and disposed of the body parts in a nearby forest. However, the accused is yet to make a public statement.

Poonawala, who was a city-based food blogger, allegedly stored some parts of the victim’s body in his new fridge, the police made the sensational claim.

According to reports, Walkar and Poonawala met each other in Mumbai via a dating app. They decided to pursue a live-in relationship and had been living together for nearly three years.

After Walkar’s family disapproved of the relationship, reportedly due to different faiths, the couple allegedly had an argument with the family after which they moved to Delhi.