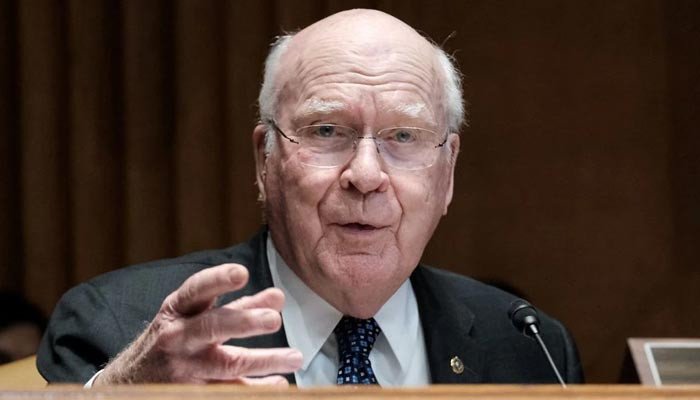 WASHINGTON: Egypt has missed out on an additional $75 million in American military aid after a senior Democratic US senator blocked the funding over concerns about Cairo’s human rights record including holding political prisoners.

Senator Patrick Leahy, chairman of the Senate Appropriations Committee, rejected an assessment offered by the US State Department to justify the aid, which was subject to conditions under a law passed by Congress last year. The committee has jurisdiction over spending legislation including US financial assistance for Egypt.

“We should take this law very seriously, because the situation facing political prisoners in Egypt is deplorable,” Leahy told Reuters in a statement.

“We can’t give short shrift to the law because of other policy considerations. We all have a responsibility to uphold the law and to defend the due process rights of the accused, whether here or in Egypt,” Leahy said.

The conditions set by Congress require Egypt to make “clear and consistent progress” in releasing political prisoners and providing detainees with due process of law.

The United States allocates around $1.3 billion in military aid to Egypt annually. Much of it has no conditions attached. But the State Department withheld $130 million of military aid to Egypt in September over broad rights concerns, but said it would allow another $75 million to be paid, citing progress by the Egyptian government on political detentions and due process, including the release of about 500 political detainees this year.

But Leahy objected. Talks between his office and the State Department failed to resolve the issue, and the $75 million in funding expired on September 30.

The State Department did not immediately respond to a request for comment.

Leading human rights groups including Amnesty International and Human Rights Watch have accused Egyptian President Abdel Fattah Al-Sisi’s government of widespread abuses such as torture and the detention of tens of thousands of political prisoners.

Sisi has denied that Egypt holds political prisoners. He also has said that stability and security are paramount for Egypt and that authorities are promoting rights by trying to provide basic needs such as jobs and housing.

Analysts have said Western powers are reluctant to take serious action against a strategic ally, in Egypt, that has served as a mediator in longstanding issues such as the Arab-Israeli conflict and also controls the Suez Canal, one of the world’s most important shipping lanes.

US officials have called the American relationship with Egypt complex. The most populous Arab country is a vital ally and Washington is still committed to support it for what US officials call “legitimate defence needs.”