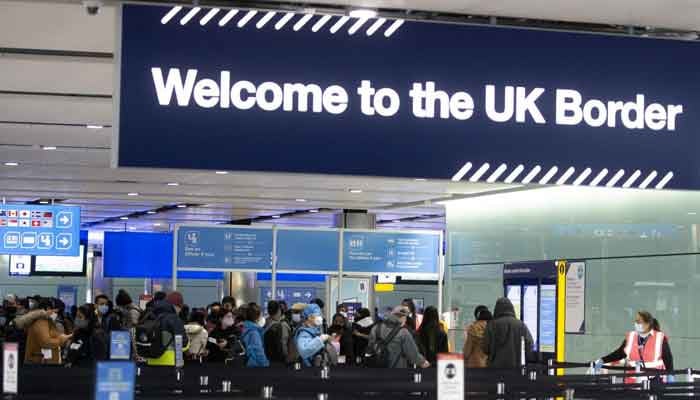 LONDON: British police opened an investigation into a package containing uranium that was seized at London’s Heathrow Airport, allegedly coming from Pakistan on a flight from Oman.

The uranium was found in a shipment of scrap metal and investigators were looking into whether it was the result of “poor handling” in Pakistan, local media claimed.

Some papers reported there were fears of “dirty bomb” but Scotland Yard played down any serious threat and said the amount of contaminated substance that had arrived in the UK was “extremely small” — contradicting reports by a paper that “several kilograms of uranium was seized at Heathrow airport”.

The shipment was addressed to an Iranian-linked firm in the UK, it is understood.

Sources said the uranium was “not weapons-grade” — and so could not be used to manufacture a thermo-nuclear weapon.

The package originated in Pakistan before arriving at Heathrow’s Terminal Four aboard an Oman Air passenger jet from Muscat, UK’s The Sun had claimed.

Speaking to Geo and The News, a spokesman of Scotland Yard said: “We can confirm officers from the Met’s Counter Terrorism Command were contacted by Border Force colleagues at Heathrow after a very small amount of contaminated material was identified after routine screening within a package incoming to the UK on 29 December 2022.”

Commander Richard Smith said: “I want to reassure the public that the amount of contaminated material was extremely small and has been assessed by experts as posing no threat to the public. Although our investigation remains ongoing, from our inquiries so far, it does not appear to be linked to any direct threat.”

The official added that the agency will continue to follow up on all available lines of enquiry to ensure this is definitely the case.

“No arrests have been made at this time and officers continue to work with partner agencies to fully investigate this matter and ensure there is no risk to the public. Border Force agents isolated the shipment in a radioactive room and, upon determining it was uranium, called in counter-terror police.”

Hamish De Bretton-Gordon, former commander of the UK’s nuclear defence regiment, said: “Uranium can give off very high levels of poisonous radiation. It could be used in a dirty bomb. The good news is the system worked and it has been interdicted.”