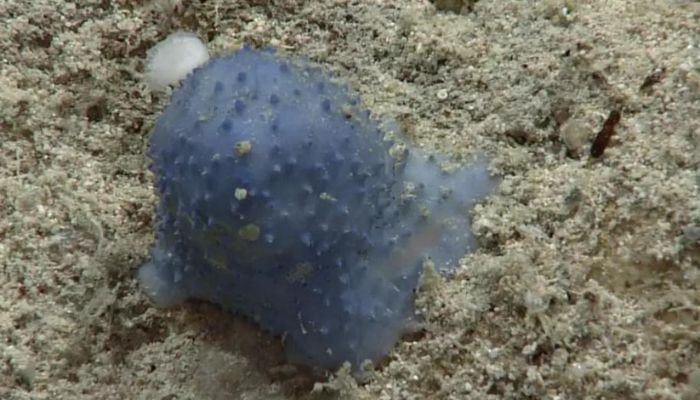 An unknown blue creature was found on the sea floor in one of the US Virgin Islands in the Caribbean.

Researchers from the National Oceanic and Atmospheric Administration (NOAA) used a remotely operated vehicle (ROV) through which they saw the “blue goo” organism under the water.

The ROV, named the Okeanos Explorer, is a research vessel that has spent nearly four months in the water analysing and studying parts of the North Atlantic as part of the NOAA’s Voyage to the Ridge 2022 exploration series.

“Scientists think it could be a soft coral, sponge, or tunicate… but right now, it remains a mystery,” the NOAA noted in a statement, according to the Independent.

A researcher said that the “bumpy blue thing” was “definitely not a rock”.

“One of the most exciting things about the Okeanos Explorer expeditions is that at least one thing stumps you.”

Scientists are jokingly calling the strange thing “blue goo” for now. It sits statically on the seabed at about 2,000ft underwater.

Researchers will send the footage and images to sponge experts who will identify the blue blob.