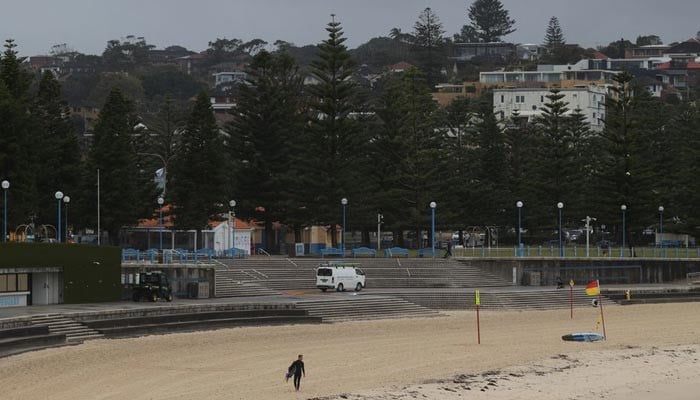 SYDNEY:  Emergency crews in Australia’s most populous state New South Wales were evacuating people and livestock and sandbagging towns on Saturday ahead of an expected peak in floodwaters, with one river forecast to hit a 70-year high water mark.

Australia’s east is in the grip of the fourth major flood crisis this year due to a multi-year La Nina weather phenomenon, typically associated with increased rainfall. The flooding has left thousands homeless and damaged agricultural industries.

Authorities have announced at least A$2 billion ($1.3 billion) in disaster relief to help thousands of residents repair homes and in some cases move from flood-prone areas.

Across New South Wales (NSW) state there were 103 flood warnings on Saturday.

In Forbes, a rural town in the state’s wheatbelt about five hours drive from Sydney, some businesses have already been swamped by the rising Lachlan River, which is forecast to peak at a 70-year high of 10.8 metres (32 feet) on Saturday.

“We’ve had a couple of flood rescues…right now I am at a property east of Forbes helping move some horses. We’ve been sandbagging, resupplying essential supplies, evacuations and flood rescues,” said Ryan Jones from the Forbes SES unit.

“It has been non-stop all day.”

Along the Murrumbidgee River near the town of Wagga Wagga floods peaked on Friday at the highest level since 2010.

NSW Minister for Flood Recovery Steph Cooke warned that while the wet weather had eased, towns downstream from swollen rivers now faced the risk of flooding.

“Whilst we are experiencing a reprieve in the weather, the risk has not abated in relation to the amount of water that is in our river systems, passing through our communities and impacting on the daily lives of communities right across New South Wales,” said Cooke at a press conference.

The southern state of Victoria was also preparing for floodwaters in the Murray River reaching Swan Hill in the northwest of the state in the next few days.

All four of Australia’s eastern states, Queensland, New South Wales, Victoria and Tasmania have been hit with floods this year.