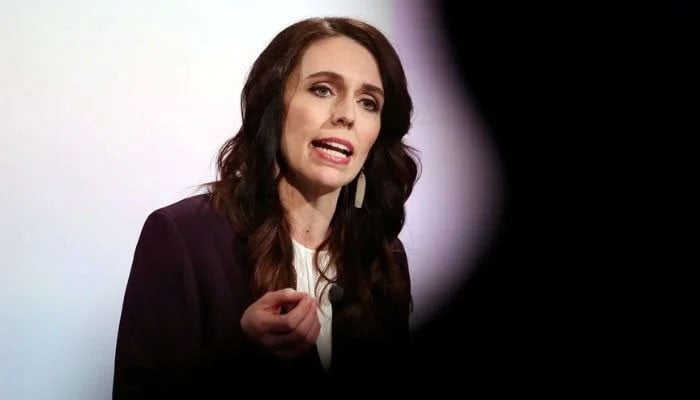 WELLINGTON: New Zealand´s Jacinda Ardern apologised for calling a political rival an “arrogant prick” in parliament on Tuesday, as the prime minister faces a drop in public support.

In the throes of spirited parliamentary debate, Ardern took issue when the leader of an opposition party asked her to give an example of an occasion when she had made a mistake, apologised and fixed it.

The prime minister gave an impassioned, detailed response, then as she sat down muttered “such an arrogant prick” which was picked up by the microphones in parliament.

David Seymour, leader of New Zealand’s ACT party, objected to the remark lobbed in his direction and petitioned the speaker of the House of Representatives to have it withdrawn.

The 42-year-old has been prime minister for five years, and has won favour worldwide for her management of crises and down-to-earth approach to politics.

She was one of the first prime ministers to become a mum while in office and has enjoyed sky-high approval ratings for most of her two-term tenure.

But with New Zealand expected to go to the polls in late 2023 and the cost of living skyrocketing, she is under increasing political pressure.

Earleir on Dec 1, the NZ and Finland PM hit back at a journalist’s suggestion that they arranged a meeting because they are “similar in age”.

New Zealand’s Jacinda Ardern and Finland’s Sanna Marin, at a press conference in Auckland, said that they met because they are prime ministers and not because of their genders.

“A lot of people will be wondering are you two meeting just because you are similar in age and got a lot of stuff common there,” asked the journalist.

“My first question is, I wonder whether or not anyone ever asked Barack Obama and John Key if they met because they were of similar age?” asked PM Ardern.

She said that politics have a higher proportion of men. “Because two women meet is not simply because of their gender,” she added.