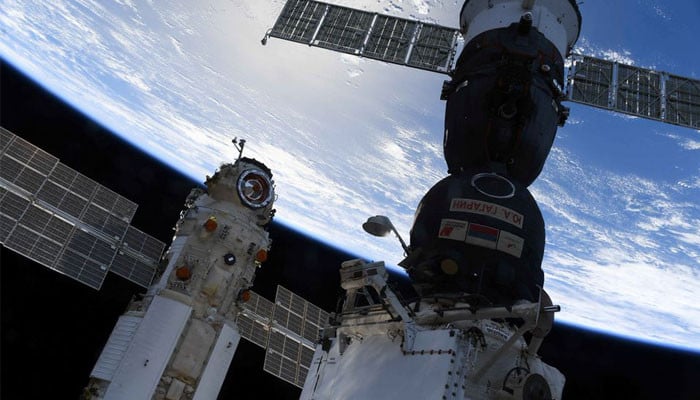 WASHINGTON: NASA is exploring whether SpaceX’s Crew Dragon spacecraft can potentially offer an alternative ride home for some crew members of the International Space Station after a Russian capsule sprang a coolant leak while docked to the orbital lab.

NASA and Russia’s space agency, Roscosmos, are investigating the cause of a punctured coolant line on an external radiator of Russia’s Soyuz MS-22 spacecraft, which is supposed to return its crew of two cosmonauts and one US astronaut to Earth early next year.

But the Dec 14 leak, which emptied the Soyuz of a vital fluid used to regulate crew cabin temperatures, has derailed Russia’s space station routines, with engineers in Moscow examining whether to launch another Soyuz to retrieve the three-man team that flew to ISS aboard the crippled MS-22 craft.

If Russia cannot launch another Soyuz ship, or decides for some reason that doing so would be too risky, NASA is weighing another option.

“We have asked SpaceX a few questions on their capability to return additional crew members on Dragon if necessary, but that is not our prime focus at this time,” NASA spokeswoman Sandra Jones said in a statement to Reuters.

SpaceX did not respond to a Reuters request for comment.

It was unclear what NASA specifically asked of SpaceX’s Crew Dragon capabilities, such as whether the company can find a way to increase the crew capacity of the Dragon currently docked to the station, or launch an empty capsule for the crew’s rescue.

But the company’s potential involvement in a mission led by Russia underscores the degree of precaution NASA is taking to ensure its astronauts can safely return to Earth, should one of the other contingency plans arranged by Russia fall through.

The leaky Soyuz capsule ferried US astronaut Frank Rubio and cosmonauts Sergey Prokopyev and Dimitri Petelin to the space station in September for a six-month mission. They were scheduled to return to Earth in March 2023.

The station’s four other crew members — two more from NASA, a third Russian cosmonaut and a Japanese astronaut — arrived in October via a NASA-contracted SpaceX Crew Dragon capsule, which also remains parked at the ISS.

SpaceX’s Crew Dragon capsule, a gumdrop-shaped pod with four astronaut seats, has become the centerpiece to NASA’s human spaceflight efforts in low-Earth orbit. Besides Russia’s Soyuz program, it is the only entity capable of ferrying humans to the space station and back.

Finding what caused the leak could factor into decisions about the best way to return the crew members. A meteroid-caused puncture, a strike from a piece of space debris or a hardware failure on the Soyuz capsule itself are three possible causes of the leak that NASA and Roscosmos are investigating.

A hardware malfunction could raise additional questions for Roscosmos about the integrity of other Soyuz vehicles, such as the one it might send for the crew’s rescue, said Mike Suffredini, who led NASA’s ISS program for a decade until 2015.

“I can assure you that’s something they’re looking at, to see what’s back there and whether there’s a concern for it,” he said. “The thing about the Russians is they’re really good at not talking about what they’re doing, but they’re very thorough.”

Roscosmos chief Yuri Borisov had previously said engineers would decide by Tuesday how to return the crew to Earth, but the agency said that day it would make the decision in January.

NASA has previously said the capsule’s temperatures remain “within acceptable limits,” with its crew compartment currently being vented with airflow allowed through an open hatch to the ISS.

Sergei Krikalev, Russia’s chief of crewed space programs, told reporters last week that the temperature would rise rapidly if the hatch to the station were closed.

NASA and Roscosmos are primarily focusing on determining the leak’s cause, Jones said, as well as the health of MS-22 which is also meant to serve as the three-man crew’s lifeboat in case an emergency on the station requires evacuation.

A recent meteor shower initially seemed to raise the odds of a micrometeoroid strike as the culprit, but the leak was facing the wrong way for that to be the case, NASA’s ISS program manager Joel Montalbano told reporters last week, though a space rock could have come from another direction.

And if a piece of space debris is to blame, it could fuel concerns of an increasingly messy orbital environment and raise questions about whether such vital equipment as the spacecraft’s coolant line should have been protected by debris shielding, as other parts of the MS-22 spacecraft are.