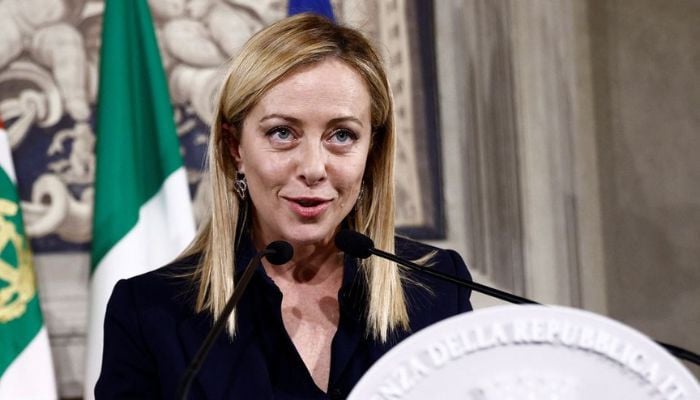 ROME: Giorgia Meloni was on Friday named as Italy’s first woman prime minister and chose her cabinet team, setting her seal on the country’s most right-wing government since World War Two.

Meloni, head of the nationalist Brothers of Italy, swept to victory in an election last month in alliance with Silvio Berlusconi’s Forza Italia and Matteo Salvini’s League.

Her government — Italy’s 68th since 1946 — will replace a national unity administration led by former European Central Bank head Mario Draghi, who attended a European Union summit in Brussels on Friday in one of his last acts as prime minister.

She faces daunting challenges, notably a looming recession, rising energy bills and how to present a united front over the Ukraine war.

Meloni, 45, named Giancarlo Giorgetti of the League party as her economy minister and said the foreign ministry will go to Antonio Tajani from Forza Italia.

“Giorgia Meloni has accepted the mandate and has presented her list of ministers,” presidential official Ugo Zampetti told reporters after she held talks with President Sergio Mattarella in his Quirinale palace in Rome.

The list of ministers read out by Meloni, who has transformed the fortunes of the Brothers of Italy but has only limited ministerial experience, included just six other women.

In all, nine ministries were handed out to Brothers of Italy politicians and five each to the League and Forza Italia, with technocrats given a further five cabinet posts.

The new government will be formally sworn in on Saturday morning, after which it will face confidence votes in both houses of parliament next week.

Although the process of putting together a new administration has been rapid by Italian standards, it has exposed tensions in the coalition, with Berlusconi repeatedly appearing to try to undermine Meloni’s authority.

Berlusconi, who is 86, and sits in the Senate, as expected did not take a cabinet role.

League leader Salvini, whose authority was dented by his party’s relatively poor showing in the election, will be infrastructure minister.

Among other top cabinet posts, the interior ministry went to Matteo Piantedosi, a career civil servant with no party affiliation, and the defence ministry to Guido Crosetto, one of the founders of Brothers of Italy.

Meloni stressed this week that her administration would be firmly pro-NATO and pro-European. “Anyone who does not agree with this cornerstone cannot be part of the government,” she said.

She asserted her authority after Berlusconi told Forza Italia lawmakers that he blamed Ukraine for the war there and said he had exchanged gifts and “sweet letters” with Russian President Vladimir Putin. 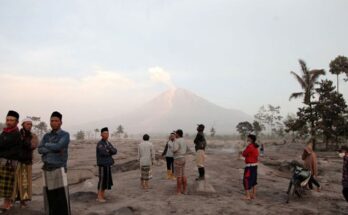 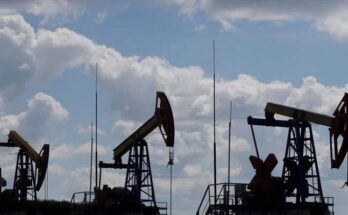