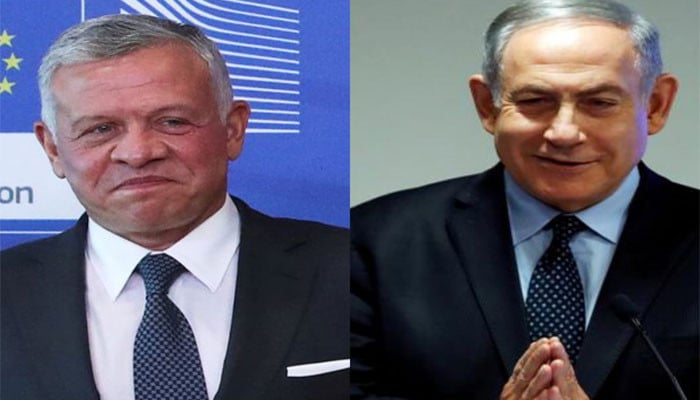 AMMAN: Jordan’s King Abdullah II on Tuesday hosted Israeli Prime Minister Benjamin Netanyahu in Amman in a rare meeting as relations between the two leaders have been strained for years.

The royal palace said they discussed the situation in Jerusalem’s Al-Aqsa Mosque compound and “the importance of respecting the historical and legal status quo”.

Netanyahu, who previously served as prime minister from 2009 to 2021, returned to power last month at the head of a coalition that includes extreme-right and ultra-Orthodox Jewish parties.

Jordan in 1994 became the second Arab country to recognise and sign a peace treaty with neighbouring Israel, after Egypt.