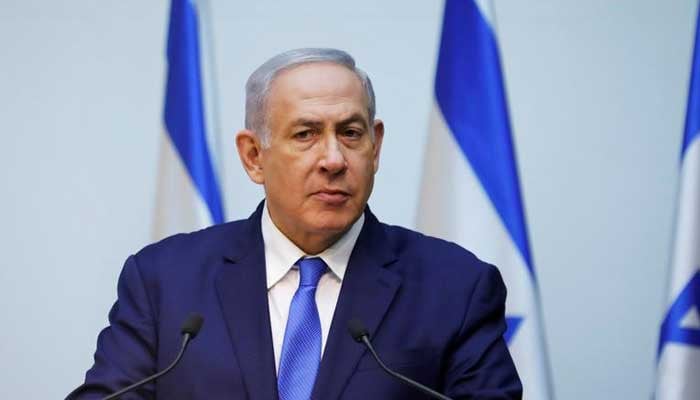 JERUSALEM: Benjamin Netanyahu was sworn in as Israel’s prime minister on Thursday in a comeback at the head of a hard-right cabinet that promises to expand Jewish settlements in the occupied West Bank and pursue other policies criticised at home and abroad.

The 73-year-old political veteran, who is on trial for graft charges he denies, has sought to calm concerns about the fate of civil rights and diplomacy since his bloc of nationalist and religious parties secured a parliamentary majority in a Nov. 1 election.

His allies include the Religious Zionism and Jewish Power parties, which oppose Palestinian statehood and whose leaders — both West Bank settlers — have in the past agitated against Israel’s justice system, its Arab minority and LGBT rights.

Netanyahu has repeatedly pledged to promote tolerance and pursue peace. He told parliament that “ending the Israeli-Arab conflict” was his top priority, along with thwarting Iran’s nuclear programme and building up Israel’s military capacity.

Opponents heckled him with chants of “Weak! Weak!”. They say Netanyahu had to make costly deals to secure new partners after centrist parties boycotted him over his legal woes.

His government secured 63 of a possible 120 parliamentary votes in a confirmatory ballot, before the cabinet was sworn in.

And despite the deeply conservative makeup of the right-wing majority, with a number of members who have made anti-LGBTQ comments, parliament elected Amir Ohana, an openly gay Netanyahu loyalist, as its new speaker.

For Palestinians, Netanyahu’s line-up has darkened an already bleak outlook, with violence surging and Jewish settlements set to expand in the West Bank — among territories where they hope to build a future state.

Netanyahu’s conservative Likud party said in its guidelines for the government that it would “promote and develop settlement” on lands to which “the Jewish people has an exclusive and unassailable right”.

“These guidelines constitute a dangerous escalation and will have repercussions for the region,” said Nabil Abu Rudeineh, spokesperson for Palestinian President Mahmoud Abbas.

US President Joe Biden said he looked forward to working with Netanyahu to address regional threats, like Iran, and to promote regional peace, including with the Palestinians.

“The United States will continue to support the two state solution and to oppose policies that endanger its viability or contradict our mutual interests and values,” he said.

This year has already seen some of the worst West Bank violence since 2015 as Israeli forces have cracked down on Palestinian unrest and militant attacks.

Abbas has criticised the new government saying its “motto is extremism and apartheid”.

Such sentiments have been echoed within Israel, 21% of whose population are Arab and often identify with the Palestinians.

Palestinian economic growth, a more modest aim endorsed by Netanyahu, could also suffer should the conflict flare up anew.

“The political horizon influences the economy and all indications tell us the political situation will be bad,” Ibrahim Barham, a Palestinian businessman, said.

In parliamentary speeches before the swearing-in, one of the Arab lawmakers, who have no representatives in the new cabinet, accused members of the incoming coalition of “fascism”.

Netanyahu, now entering his sixth term, says he will serve all Israelis. He also appears to have stopped short of seeking West Bank annexations — a policy he had previously championed and which would have pleased his settler base while putting Israel on a collision course with Washington and Arab states.

Netanyahu, who was prime minister for three years in the 1990s and from 2009 to 2021, has said he seeks a breakthrough in forming diplomatic ties with Saudi Arabia as he did in 2020 with other Gulf states that share Israel’s concerns about Iran.

Riyadh has signalled no change in its position that any progress with Israel was contingent on Palestinian statehood.

Netanyahu’s appointments include Itamar Ben-Gvir, who was convicted in 2007 of incitement against Arabs and support for a Jewish militant group, as minister for police. Ben-Gvir, a lawyer, says his views have become more moderate.