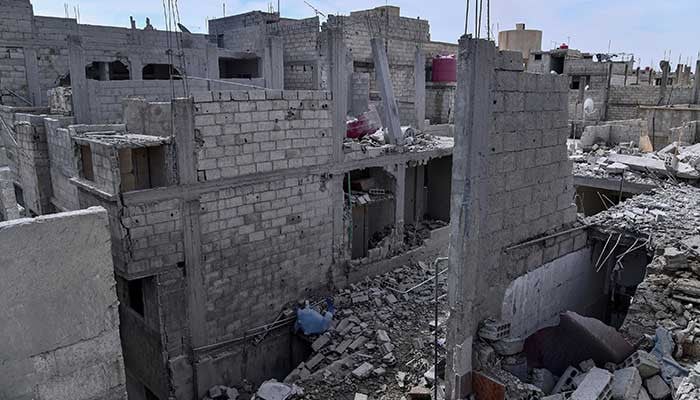 CAIRO/AMMAN: Syrian air defences shot down Israeli missiles over Homs province on Sunday, state news agency SANA said, in what military sources said was a strike on a major Syrian air base.

Syrian state television posted a short video of the “aggression” but gave no further details.

A Syrian army source, who was not authorised to speak publicly, said that the strikes targeted Shayrat air base, a military complex southeast of Homs city.

Its runway and underground facilities have undergone a major expansion by the Russia military in the last three years, he added.

Russia, which maintains a major military presence in Syria, has forces stationed near to Shayrat air base, which has also been used recently by the Iranian air force, another security source told Reuters on condition of anonymity.

Regional and intelligence sources say Israel has in recent months intensified strikes on Syrian airports and air bases to disrupt Iran’s increasing use of aerial supply lines to deliver arms to allies in Syria and Lebanon including Lebanon’s Iran-backed Hezbollah.

The Israeli military was not immediately available for comment on the reports. Israel has been mounting attacks in Syria for years against what it has described as Iranian and Iran-backed forces that have deployed there during the 11-year war.