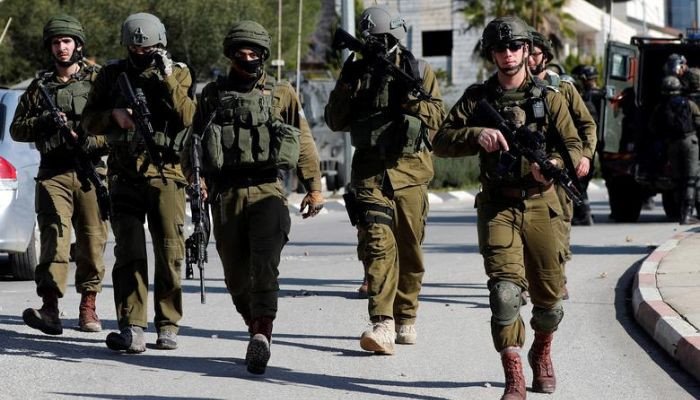 JERUSALEM: Israeli forces crossed into Syria on Monday and fired at four individuals who had “hurled objects along the border fence”, wounding one of them, the army said.

According to an Israeli army statement, “observation soldiers spotted four suspects” near Haspin in the Israeli-occupied Golan Heights, without providing any specific information on what they were throwing.

Israel Defense Forces “soldiers were dispatched to the scene, crossed the border and operated… by firing at one of the suspects’ legs,” the statement added.

The wounded suspect, whose condition wasn’t immediately clear, was “evacuated by helicopter to a hospital” in Israel, the army said without mentioning what happened to the other three.

Israel rarely comments on its military actions in Syria, save for operations in direct response to what the army considers immediate threats to Israel’s sovereignty.

But Israel has acknowledged carrying out hundreds of air strikes in Syria, targeting both government positions and Iran-backed forces, since the civil war broke out in the country in 2011.

Israel seized 1,200 square kilometres (460 square miles) of the Golan Heights from Syria in the 1967 Six-Day War and later annexed it in a move never recognised by the international community.