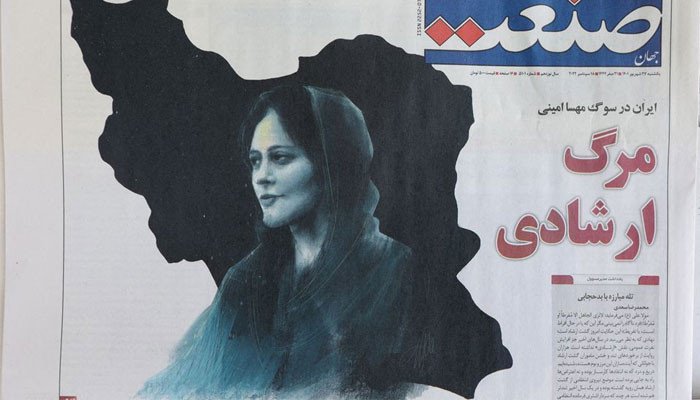 DUBAI: An Iranian coroner’s report denied Mahsa Amini had died due to blows to the head and limbs while in the custody of Iran’s morality police and linked her death to pre-existing medical conditions, state media said on Friday.

The death of 22-year-old Amini while in police custody has ignited three weeks of nationwide unrest, marking the biggest challenge to Iran’s clerical leaders in years.

Her father has said she suffered bruises to her legs and has held the police responsible for her death.

The coroner’s report said her death was “not caused by any blow to the head and limbs.” It did not say whether she had suffered any injuries.

Amini was arrested in Tehran on September 13 for “inappropriate attire”, and died three days later.

Rights groups say more than 150 people have been killed, hundreds injured and thousands arrested by security forces confronting protests which erupted after her death, prompting condemnation from the United States and its allies.

Washington said it would continue to coordinate its response with its allies and partners, and Canada said it was expanding sanctions on groups related to Iran’s elite Revolutionary Guards force, calling it a terrorist organisation.

Referring to the day Amini collapsed in custody, the coroner said she had briefly regained consciousness but that “cardio-respiratory resuscitation was ineffective in the first critical minute, resulting in brain damage.”

The report noted pre-existing medical conditions linked to a brain tumour for which she had undergone an operation when she was 8 years old. “She died due to multiple organ failure caused by cerebral hypoxia,” it said.

The police, who have enforced strict dress codes since Iran’s 1979 Islamic Revolution, have denied she suffered any harm, previously saying she suffered a heart attack.

Her family deny she had any heart problems.

The government has ordered an investigation into her death.

During the nationwide protests demonstrators have damaged symbols of the Islamic Republic and called for the downfall of Supreme Leader Ayatollah Ali Khamenei.

Human rights group Hengaw posted a video on Friday that it said showed drivers blowing their car horns in protests on the streets of Saqez, Amini’s hometown.

The government has described the protests as a plot by Iran’s enemies including the United States, accusing armed dissidents – among others – of violence in which at least 20 members of the security forces have been reported killed.

We know our ‘enemies’

State TV broadcast a mass funeral in Tehran on Friday for a member of the Basij, a volunteer militia deployed to quell unrest, saying he had been stabbed by protesters.

“We know our main enemies. You are novices and mercenaries of Israel, America and Zionism and cannot do anything in this country except torching garbage bins,” a woman at the funeral said in comments to state TV, criticising protesters.

Iran summoned the Danish ambassador on Friday to protest an incident at its embassy in Copenhagen in which its ambassador was threatened, Iran’s foreign ministry said. Danish police earlier said they had arrested a 32-year-old Iranian man after he entered the grounds of the embassy carrying a knife.

Analysts do not believe the clerical establishment is close to being toppled despite growing frustration over strict social and political limitations imposed over the past four decades since the fall of the U.S.-backed Shah.

Women have played a prominent role in the protests, waving and burning headscarves. High school girls have also taken part.

Iranian media said on Friday that authorities had denied reports that security forces killed a 16-year-old girl during the protests, citing a chief justice as saying she committed suicide by falling off a roof.

Social media reports and rights group Amnesty International have said Sarina Esmaeilzadeh was killed by security forces when she was struck with batons on the head during protests.

Authorities earlier this week gave a similar cause of death — falling off a roof — for 17-year-old Nika Shakarami, who activists say was killed in Tehran while demonstrating.

State media said on Wednesday a judicial case had been opened into Shakarami’s death, citing officials claiming it had nothing to do with the unrest.

But her mother accused officials of lying about the circumstances of her death. In a video message sent to Radio Free Europe’s Persian-language Radio Farda, Nasrin Shakarami said authorities “stole” her daughter’s corpse to secretly bury it, and have pressured the family to echo the official account. 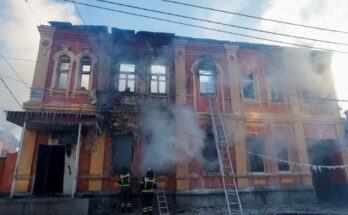 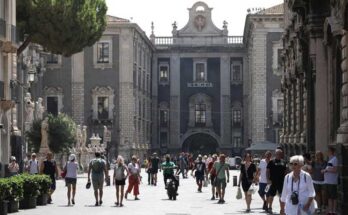