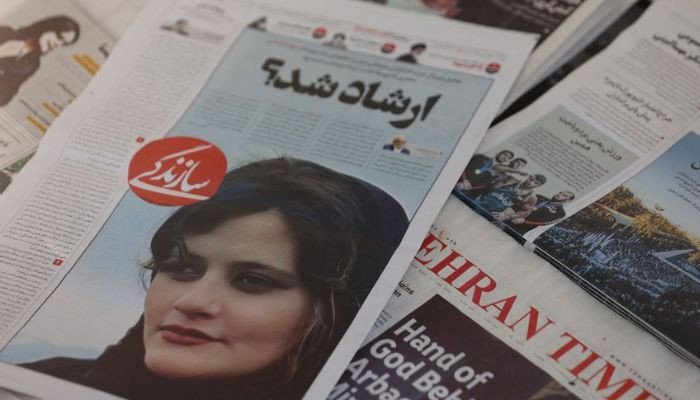 DUBAI: Iranian police said on Monday the death of a young woman in custody was an “unfortunate incident” which they do not want to see repeated, a semi-official news agency reported.

Mahsa Amini, 22, fell into a coma and died following her arrest in Tehran last week by the morality police, sparking demonstrations against the authorities across the country by Iranians enraged by the treatment of women by security forces.

Police said at the weekend Amini fell ill as she waited with other detained women. But Amini’s father told the pro-reform Emtedad news website on Sunday that his daughter was fit and had no health problems.

“This incident was unfortunate for us and we wish to never witness such incidents,” Greater Tehran Police Commander Hossein Rahimi said in a statement reported by the Fars news agency.

He said Amini suffered no mistreatment, denying claims aired on social media against the morality police, who enforce strict rules requiring women to cover their hair and wear loose-fitting clothes.

“Cowardly accusations have been levelled against the Iranian police. We will wait until the day of judgment but we cannot stop doing security work,” Rahimi said, adding that the morality police was “doing positive work”.

He said he could not comment on the cause of death because this was a medical rather than a security issue.

Amini was from the country’s Kurdistan region, one of the areas where protests took place over the weekend, including at the funeral in her hometown Saqez.

Between 8 to 10 million Kurds live in Iran. Iran’s Revolutionary Guards have put down unrest in the country’s Kurdish areas for decades, and the hardline judiciary has sentenced many activists to long jail terms or death.