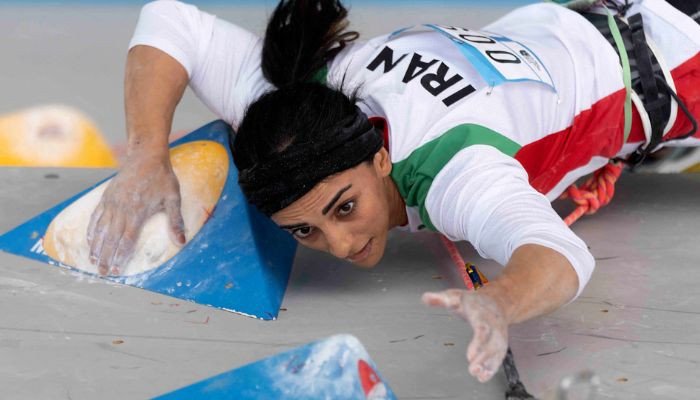 An Iranian rock climber who competed in an international contest without a headscarf said she had done so unintentionally, after she was widely assumed to have expressed support for protests in Iran.

Footage of Elnaz Rekabi, 33, had shown her scaling a wall without her head covered during the Asian competition in South Korea while representing Iran, which has been swept by protests ignited by Mahsa Amini’s death in morality police custody.

Citing an informed source, BBC Persian had earlier reported that friends had been unable to contact her, and there were fears for her safety. Iran’s embassy in South Korea, on Twitter, denied reports about her going missing after the competition.

In a statement posted on her Instagram account, Rekabi said she was on her way back to Iran with the rest of the team.

The statement said not wearing her headscarf during the competition was unintentional, adding “there was poor scheduling and I was called to climb unpredictably”.

The International Federation of Sport Climbing (IFSC) said it had been in contact with Rekabi and was “trying to establish the facts”. The IFSC would continue to monitor the situation as it develops on her arrival in Iran. The safety of athletes was paramount and it supported their right to free speech, it added.

Amini died last month while in the custody of the Iran’s morality police who detained her for “inappropriate attire”, prompting nationwide protests during which women have removed and burned headscarves.

The protests ignited by Amini’s death have grown into one of the boldest challenges to Iran’s revolutionary government since the 1979 revolution, though the unrest does not appear close to toppling the system.

The IFSC, in a statement, said it had also been in contact with the Iranian Climbing Federation.

“Our understanding is that she is returning to Iran, and we will continue to monitor the situation as it develops on her arrival,” it said in a statement.

“Athletes’ safety is paramount for us and we support any efforts to keep a valued member of our community safe in this situation,” the statement added.

“The IFSC fully support the rights of athletes, their choices, and expression of free speech”.

Rekabi came fourth in the competition. Last year, she won the bronze medal in the women’s combined event at the 2021 IFSC Climbing World Championships.