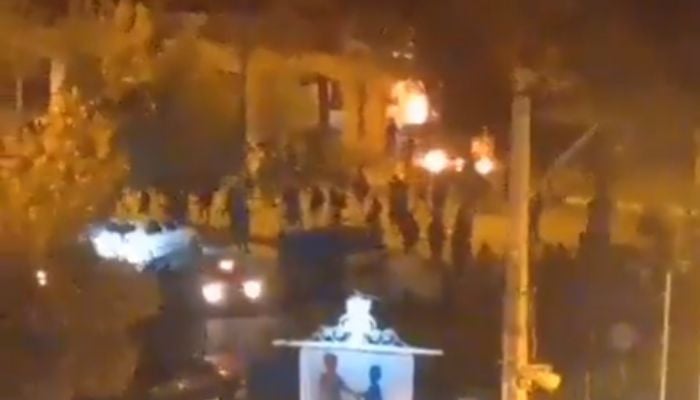 Video clips showing a fire at the ancestral home in Iran of the Islamic Republic’s late founder, Ayatollah Ruhollah Khomeini, have appeared on social media, with activists saying it was torched by protesters.

Reuters verified the location of two video clips using the distinctive arches and buildings that match the file images.

However, the semi-official Tasnim news agency denied Khomeini’s house was set on fire, saying a small number of people had gathered outside the house.

The social media videos show dozens of people cheering as a flash of fire is sparked in a building.

Reuters could not independently verify the dates when the videos were filmed. Activist network 1500Tasvir said the incident occurred on Thursday evening in Khomeini’s birth town of Khomein, south of the capital Tehran.

The house had been converted into a museum.

“The report is a lie,” Tasnim said. “The doors of the house of the late founder of the great revolution are open to the public.”

His successor, Ayatollah Ali Khamenei, has been under intense pressure from nationwide protests calling for an end to rule hardline clerical rule since the death in September of Iranian Kurdish woman Mahsa Amini while in the custody of Iran’s morality police.

Separate videos posted by Tasvir purported to show marchers in several cities in Sistan-Baluchistan province, including in the capital Zahedan, where protesters chanted “Death to Khamenei”, and Chabahar, where demonstrators removed and trampled the sign of an avenue named after Ayatollah Khomeini.

State media said authorities held a funeral ceremony for seven people killed in the southwestern city of Izeh in what it described as a terrorist act.

But the mother of a 10-year-old victim, Kian Pirfalak, could be heard on social media videos blaming security forces for the shooting of her son.

A video posted on social media and purporting to be from Pirfalak’s funeral showed protesters chanting “Khamenei we will bury you”.

Reuters could not independently verify the authenticity of those videos.

On Friday, Tasnim reported pro-government demonstrators in the northeastern city of Mashhad, where two members of the Basij militia were killed on Thursday.

Two intelligence agents were killed in clashes with protesters on Thursday night, according to the Revolutionary Guards’ news site.

It also said that three other Revolutionary Guards and a Basij member were killed in Tehran, and one Basiji and one member of the police were killed in Kurdistan on Thursday. 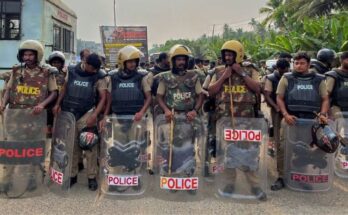