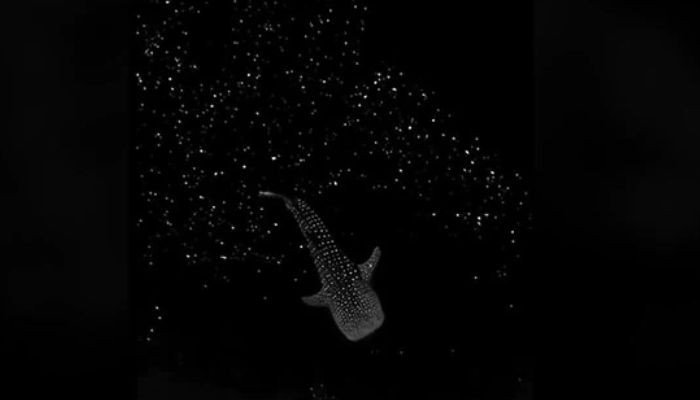 A 30-second video, which shows a shining whale swimming in the dark, has astonished many on the internet.

The mammal can be seen gliding through the water despite pitch-black darkness because of the bioluminescent algae on its back.

The algae attached to the whale almost look like stars making it appear as if the fish is swimming in space.

Posted on Twitter by Wonder of Science, the video is captioned: “A whale shark gliding through bioluminescent algae appears to be swimming in space.”

“This is a space guardian,” a user commented.

“Reminds me of Futurama,” said another.

The video has garnered nearly three million views and over 28,000 retweets.

It is not clear where the video was shot but the camera seems to be close to the whale.

Originally, the video was published last year on different social media platforms but has resurfaced now and has gone viral.