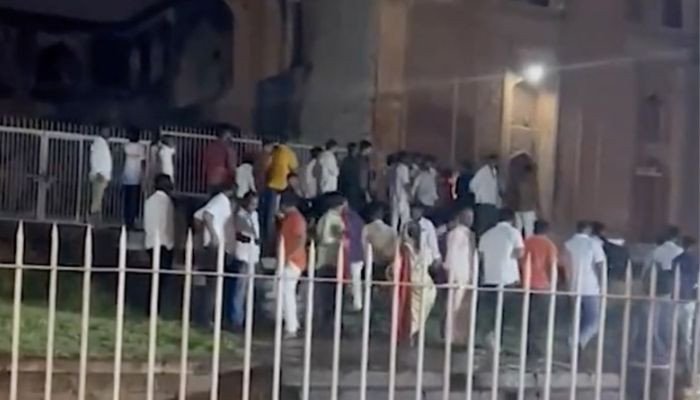 Muslim organisations in India have condemned a mob from a Dusshera procession in Karnataka that allegedly barged inside a madrassah and performed puja in the building, reported Indian media.

The mob raised Hindu slogans as they broke into the heritage building. Muslim organisations have asked for strict action and warned of protests if no arrests are made by Friday, NDTV reported.

The Mahmud Gawan Madrassah in Bidar was built in the 1460s and is an official heritage site under the supervision of the Archeological Survey of India.

The police told the media that the mob busted the lock open and paced inside. They screamed “Jai Shri Ram” and “Hindu Dharam Jai”.

Videos circulating on social media have shown a huge crowd standing on the stairs of the madrassah to get inside.

Asaduddin Owaisi, the chief of All India Majlis-e-Ittehadul Muslimeen, accused BJP of promoting events like such adding that such incidents occurred only to “demean Muslims”.