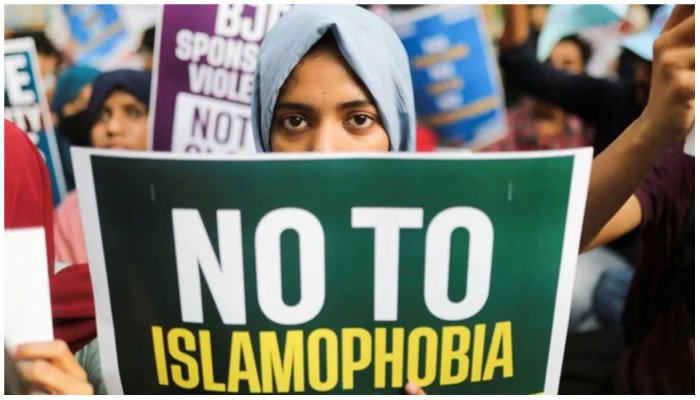 With the multiple video footages of Muslims being publicly flogged by Hindu extremists surfacing on the internet, analysts believe that India is fast heading toward the “much-feared stage of genocide.”

Recently an upsurge in lynching and mistreatment of Muslim youngsters has been observed in India, especially during the religious festival of Garba. In multiple incidents, the right-wing Hindu extremist mob maltreated Muslims around the said religious festival.

On October 3 and 4, three incidents were reported where state machinery supported Hindu extremists in their anti-Muslim agenda.

“India has all of the preparatory stages for more genocidal massacres,” according to Dr Gregory Stanton, the founder of Genocide Watch.

Dr Stanton had predicted a genocide in Rwanda years before it took place in 1994. Now he has warned of an impending genocide of Muslims in India, comparing the situation of the country under the Narendra Modi government to events in Myanmar and Rwanda.

In the State of Gujarat, nine Muslim men were publicly flogged by Hindu extremists while the crowd chanted nationalist slogans and the state machinery including police reportedly supervised and supported the torture. The incident happened when a mob of Hindus teased and chanted anti-Islam slogans in the Muslim community area.

In a separate incident in Jharkhand, Ejaz Ansari, 22, was beaten to death by an RSS mob with axes and batons.

In Mandsaur city of Madhya Pradesh, 19 Muslim youth were arrested on fake charges of disturbing the Garba festival. The houses of three youths were also bulldozed by the administration.

“Yet another video of a prominent Hindu supremacist singer calling on Hindus to buy weapons and to prepare themselves for a war to turn India into a Hindu nation. The world can no more ignore what’s happening in India. Muslims are at the cusp of genocide,” the Indian American Muslim Council wrote on Twitter.

The analysts believe that India was becoming a Hindu Rashtra where Muslims will be forced to live as second-class citizens and will be persecuted and murdered.

In Narendra Modi’s India, the Hindutva hateful ideology is being propagated and supported by Indian media and state machinery. The Muslims are being demeaned and accused of bogus charges with their houses being demolished.

The saner elements in India have urged international human rights organizations to take notice of the human rights abuses and rising Islamophobia in India.

Ironically, the Indian police and justice system remains complicit with the right-wing Hindu nationalist in their agenda of marginalising and lynching Muslims.

The backing of the Indian state machinery of the human rights violators is evident from the fact that 11 Hindu men convicted of gang rape of Bilkis Bano were released by the court. They were given a heroic welcome and garlanded after their release.

“A Hindu religious leader asking thousands of his supporters to carry arms to support Modi’s plan to make India a Hindu country. This is why India is the No.1 country in the world that is likely to witness a genocide,” said Ashok Swain, Professor of Peace and Conflict Research at a Swedish university commenting on a video on Twitter.