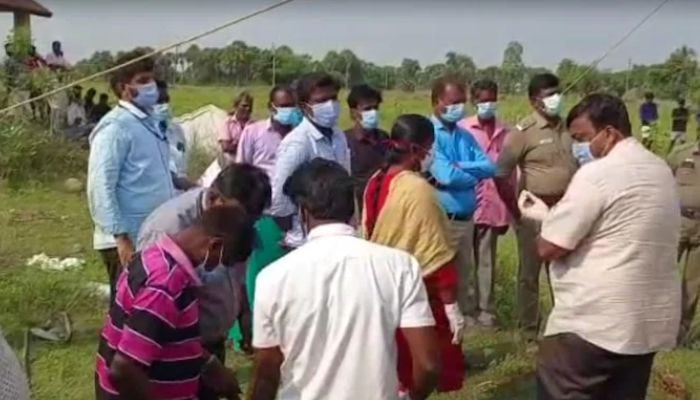 In an unfortunate and shocking incident, the head of a 10-year-old girl, who was buried over a week ago went missing from her grave in India’s Tamil Nadu.

Kritika, a schoolgirl from grade 6, was severely injured after an electric pole fell over her head. She was playing outside when the accident took place. Though the girl fought for her life for nine days in the hospital, she died on October 14.

The family performed the rituals and buried Kritika on October 15. Nearly two weeks later, her parents noticed something odd about the grave. They suspected that the grave had been tampered with and informed the police.

The police are not sure about the motivation behind the crime. The matter is being investigated from different angles. Officials think that the girl’s head might have been taken away due to enmity. They also suspect the involvement of people who steal organs to perform witchcraft.

During the examination of the site, police also discovered used gloves and a flashlight.