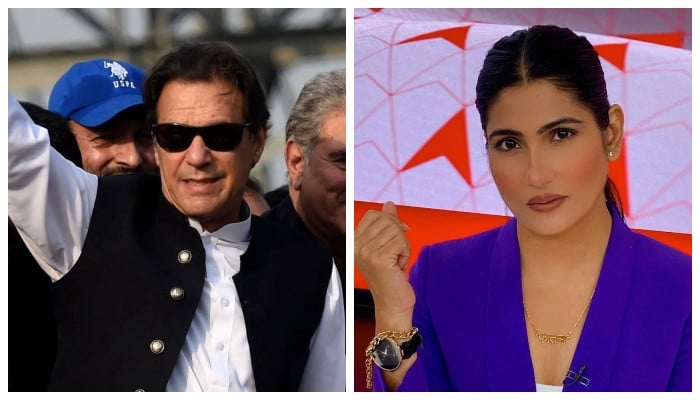 PTI Chairman has opted for a hardline approach towards the establishment and given his recent speeches, the former prime minister has become the “most favourite” person of an Indian journalist.

The party chief has repeatedly censured the establishment since his ouster in April, and as his long march approached, his speeches became fierier.

ABP News’ journalist Rubika Liyaquat, while hosting a show with PTI leader Fayyaz Chohan, said: “[Imran Khan] has become my most favourite as he has his eyes set on exposing ISI’s secrets.”

“We will like him [in the future in power] as well. All the best to you,” she said, as the party leader geared up for the long march.

The video went viral on social media, with netizens expressing dismay at Khan for “an embarrassing moment”.

A day earlier, Director-General Inter-Services Intelligence (ISI) Lieutenant Gen Nadeem Anjum berated Khan and said that the military was called “neutral and an animal” as if they had “committed treason” by refusing to be part of an “illegal” decision.

He said that the refusal to perform the “illegal job” was not the decision of a single person or army chief but of the entire institution.

In response, Khan slammed the top brass of the ISI and the Inter-Services Public Relations (ISPR) for holding the press conference while repeatedly claiming to be apolitical.

“They held a press conference after claiming that they have distanced themselves from politics,” Khan said during an interview with a private news channel.