Husband Shahnawaz confesses crime, says he suspected wife had affair with someone 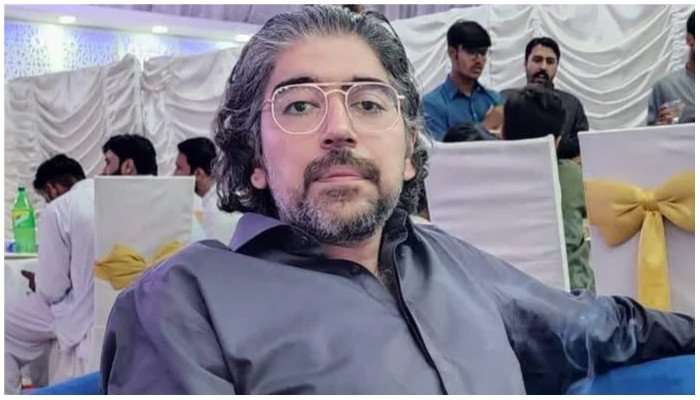 ISLAMABAD: Shahnawaz — the son of senior journalist Ayaz Amir who was detained by the police this morning for being a suspect in his wife’s murder — confessed to committing the crime and said that he “thought” his spouse was having an affair with someone else.

Sara had been murdered in the Chak Shahzad area of ​​the federal capital on Friday and according to the spokesperson of the Islamabad Police, Shahnawaz allegedly killed her at home.

Police told Geo.tv that a first information report (FIR) related to the case has not been registered yet as the police are trying to reach out to Sara’s parents, who live in Canada. They said in case an FIR is not registered by the deceased’s family, the police will lodge one on behalf of the state.

According to sources, during the preliminary investigation of the case, the suspect told the police that he had tied the knot with the deceased three months ago and that she was his third wife.

“I had met Sara on social media. She returned to Islamabad from Dubai yesterday. I thought she had an affair with someone else but she has assured me that she was not seeing anyone,” Shahnawaz told the police, per sources.

According to sources, he further told the police that he suspected the deceased was “some other country’s agent” and that he “felt that she was plotting to kill him.”

During interrogation, the suspect said that Sara had tried to strangle him after which he pushed her away from him.

“Sara tried strangling me at about 9:30am. I thought I would die so I pushed her away and she fell,” he told the police, per sources. “She got up and attacked me again, so I grabbed my dumbbells which were lying nearby and hit her on the head.”

The suspect further maintained that after he hit his wife, the room was filled with blood which sent him into a state of panic.

“I, therefore, placed Sara’s body in a bathtub to clean the blood stains,” he said, according to the sources, adding that he took a picture of the bathtub and sent it to his father, Ayaz Amir.

The suspect also said that he called his father and narrated the whole incident, after which the journalist informed the police.

Earlier today, the police spokesman said that an investigation of the incident was ongoing and that whatever facts are found will be shared with the media.

The victim’s body has been shifted to PIMS Hospital Islamabad for an autopsy. Meanwhile, a forensic survey of the crime scene has been completed and the murder weapon and other evidence have been sent for analysis, the sources said.

Amir, speaking to the media, said such an incident should not happen to anyone and that no one should have to bear such a tragedy.

On being asked about reports that his son was intoxicated, the journalist responded: “What can I say about this? It is a legal matter”.